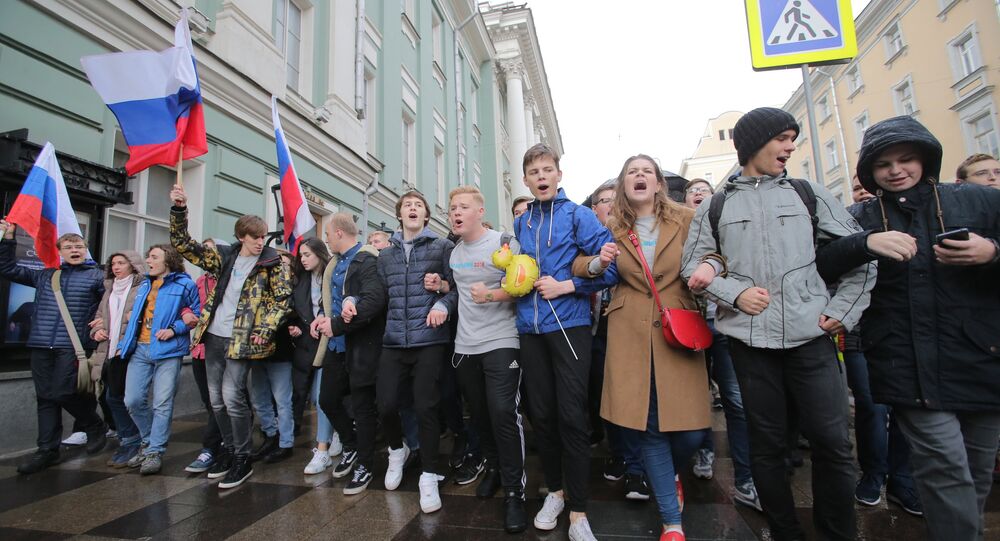 MOSCOW (Sputnik) – Russian communications watchdog Roskomnadzor said on Sunday it had sent a letter to Google, saying that YouTube, owned by Google, must refrain from publicising unauthorised mass events.

"A number of structures, which have YouTube channels, are purchasing YouTube tools (such as push notifications) in order to disseminate information about unauthorised (illegal) mass events, including those aimed at undermining federal and regional elections", the statement read.

According to the watchdog, such push notifications are also received by YouTube users who are not subscribers of the YouTube channels of the mentioned structures.

"If Google does not react, the Russian Federation will consider that as interference in the country's sovereign affairs as well as hindering and hostile pressure on democratic elections in Russia, and has right to an adequate reaction", the watchdog added.

The letter was sent by Roskomnadzor amid a wave of protests in Moscow, which have been ongoing since mid-summer. The rallies were organised by opposition figures who were denied registration for the elections to the Moscow city council, scheduled for 8 September.

The city authorities insist that the registration was denied due to the candidates' failure to comply with the set procedures.

The Russian legislation makes organisers of rallies get permits from local authorities. If such a permit is not given, a rally is viewed as illegal.