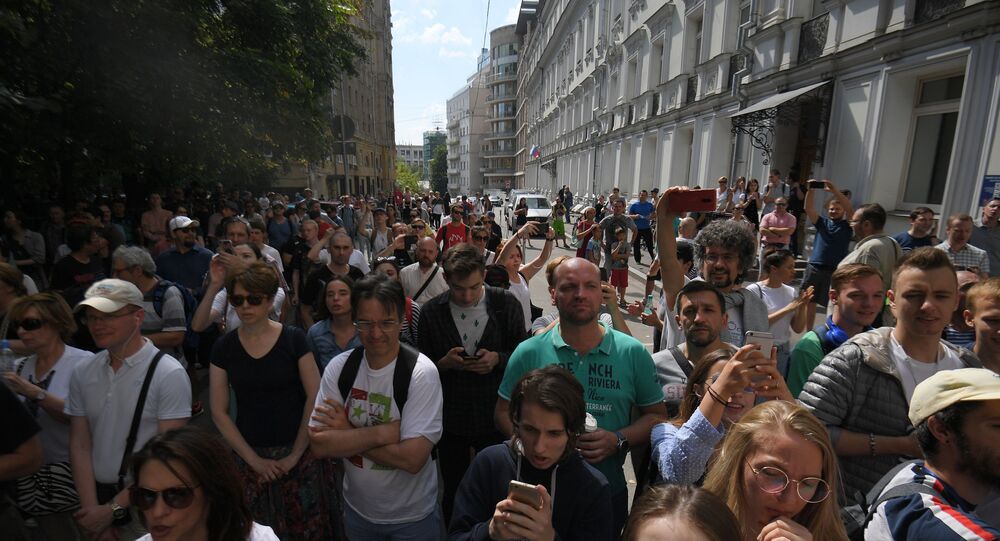 MOSCOW (Sputnik) - The calls by German television and radio company Deutsche Welle to take part in unauthorized protests in Moscow are an attempt by the media corporation to interfere in Russia's internal affairs, the Russian Foreign Ministry said in a statement Thursday.

"We emphasized that such media escapades are contrary to the norms of professional journalistic ethics and constitute an attempt by the German media corporation to meddle in the internal affairs of Russia," the statement said.

It said that during a conversation at the ministry with Germany's charge d'affaires in Russia, Beate Grzeski, Moscow drew the German side's attention to the "inadmissibility of the actions" by Deutsche Welle, "expressed in a direct call in social networks on Moscow residents to participate in unauthorized mass events."

Several unauthorised rallies organised by opposition political figures who failed to register as candidates for the upcoming city parliamentary elections have taken place in Moscow in the past few weeks. Hundreds of people were detained by police during the rallies for various offences.