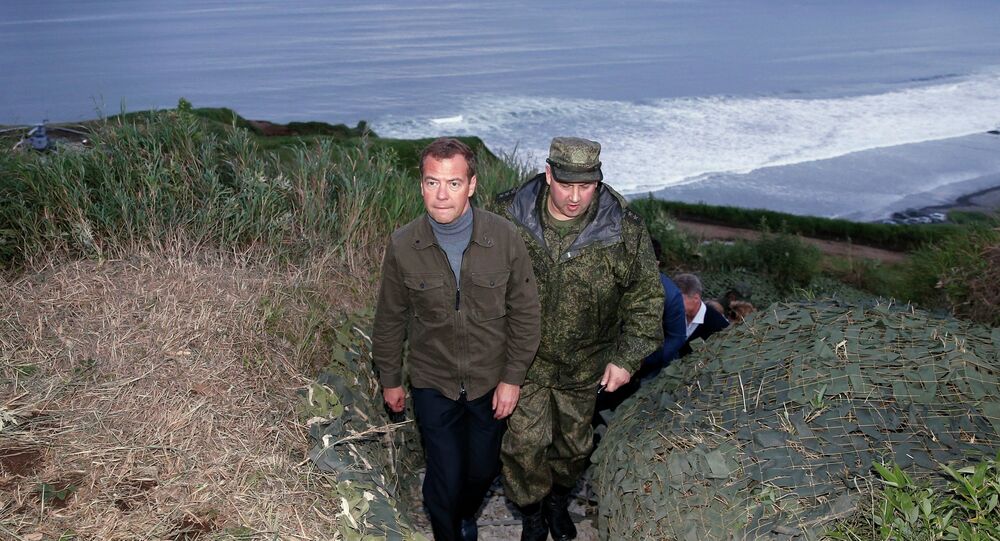 ITURUP (Sputnik) - Russian Prime Minister Dmitry Medvedev on Friday landed on the island of Iturup, which is part of the Kurils archipelago.

Medvedev arrived there from the Far Eastern city of Yuzhno-Sakhalinsk, located on the Sakhalin island, where he held a meeting with local authorities on the social development of centres of economic growth of the Russian Far East.

The prime minister is expected to visit several social and infrastructure objects on Iturup.

Japan, which disputes the Kuril Islands, referring to them as the Northern Territories, has expressed its protests over Medvedev's visits there.

Russia and Japan have not signed a permanent peace treaty after the end of World War II. The dispute over the Kuril Islands — referred to as the Southern Kurils by Russia and the Northern Territories by Japan — has been one of the main stumbling blocks in the peace talks.

Japanese Prime Minister Shinzo Abe has said that he would like to move forward in concluding the peace agreement with Russia.