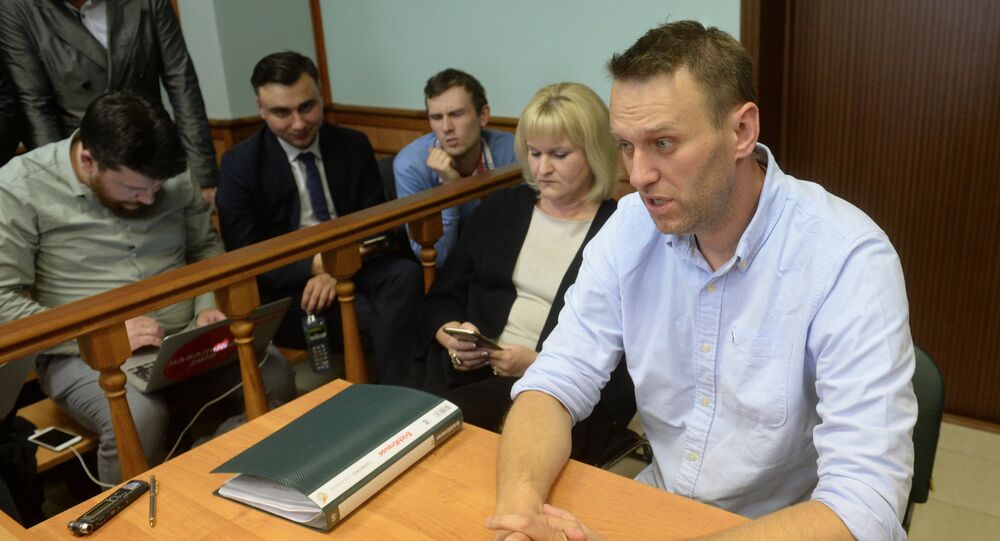 "The verdict of Moscow’s Simonovsky District Court of July 25 will not be changed," the judge said.

The lower court sentenced Navalny on an administrative charge last week for repeated calls to hold an unauthorized rally after several pro-opposition candidates were excluded from a Moscow council race.

Navalny’s lawyer, Olga Mikhailova, asked that the charge be dropped after the 43-year-old was hospitalized on Sunday for a skin rash that appeared on his eyelids.

The lawyer said the cause of the apparent allergy had not been found. She requested a medical test for her client that could shed light on his condition but the judge said it was his doctor’s call. Mikhailova also complained that Navalny was banned from being sent diet food.