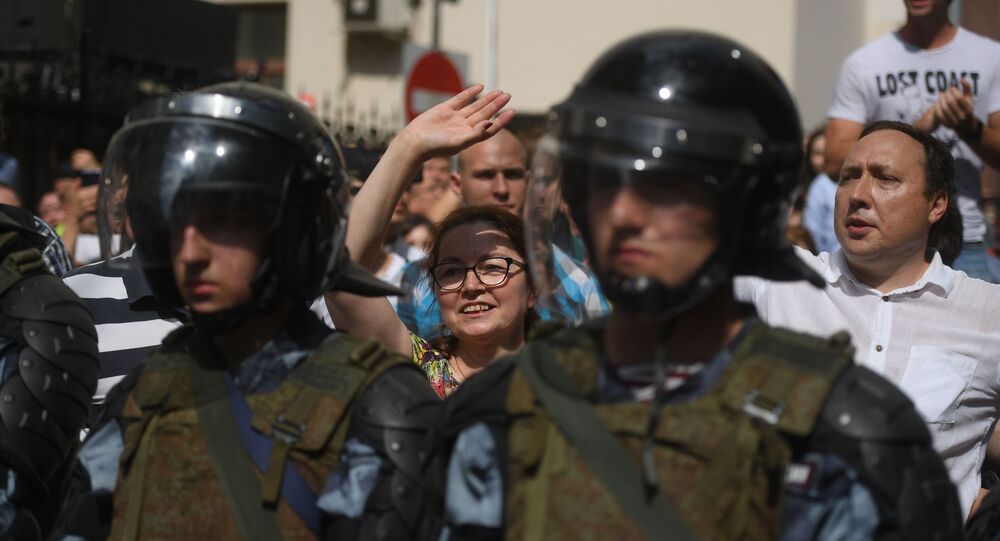 Police detained 1,074 people in the centre of the Russian capital on Saturday over a breach of public order amid an unauthorised protest that was held in front of the Moscow City Government building.

Two servicemen of Russia’s National Guard were injured when they were pepper-sprayed in the face by an unidentified mob during the demonstrations in central Moscow.

According to the press service, the servicemen sustained burns to their eyes, noting that the injuries were not critical.

The rally, which had not been authorised by the city authorities, was organised by opposition political figures who failed to register as candidates for the upcoming city parliamentary elections. They called on citizens to attend the demonstration near the Moscow City Government on Tverskaya Street.

A total of 3,500 people, including some 700 journalists who covered the event, took part in the Saturday protest, according to city law enforcement. The Interior Ministry stated that some 1,074 demonstrators were detained for breaching public order at the event.

Moscow Mayor Sergei Sobyanin has commented on the protests, saying that civil order would be enforced in the city in accordance with the laws, warning against any attempts to fuel riots.