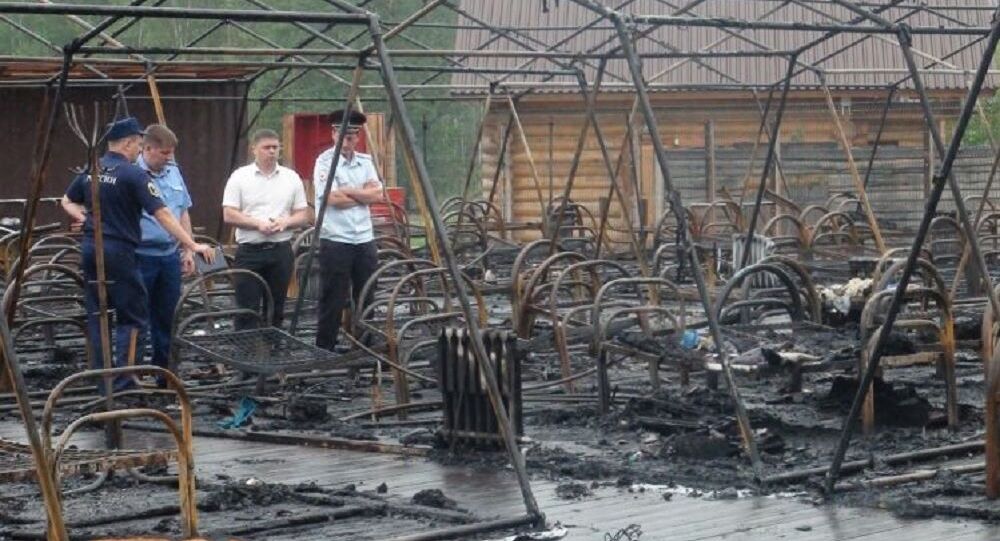 MOSCOW (Sputnik) - Twelve people, including seven children, were injured, while one child was killed as a heavy fire hit a tent camp in the Russian Far Eastern Khabarovsk Territory, the Russian Health Ministry said in a statement on Tuesday.

"As a result of the fire at the children's tent camp, located near Khabarovsk Territory's Holdali settlement, 12 people were injured, including seven children. One child died," the Russian Health Ministry said.

Five adults received outpatient medical treatment, while six children were hospitalised, and one child has already been released from a hospital, the ministry added.

The condition of two children is assessed as satisfactory, while three more are in grave condition, according to the ministry.

The fire devastated 20 out of 26 tents in the children's camp, located on the territory of a ski resort in Khabarovsk Territory's Solnechnyy district. As many as 189 children were staying at the camp. The Russian Emergencies Ministry said earlier in the day that nine people had sustained injuries.