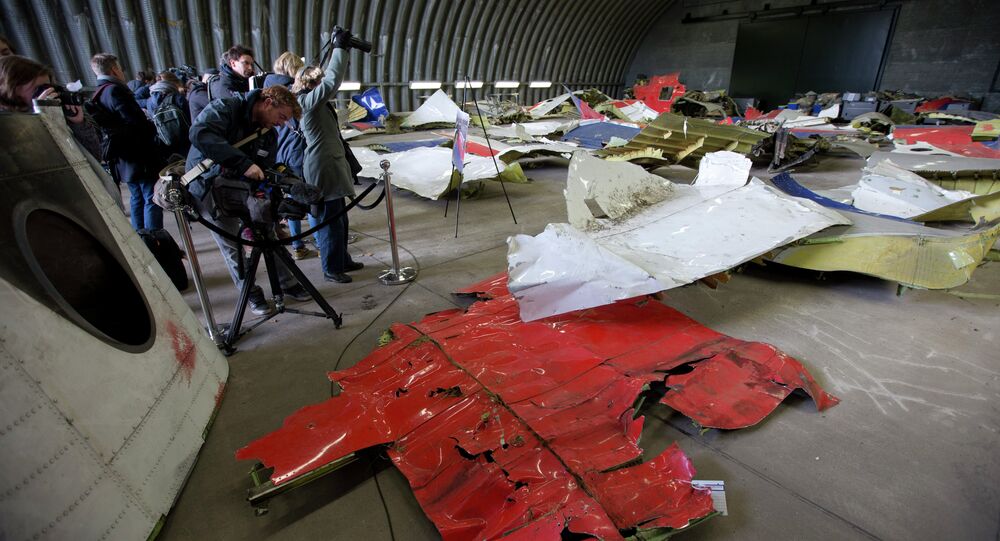 THE HAGUE (Sputnik) - The United States and Ukraine have not yet provided the Joint Investigation Team (JIT) with their data on the 2014 crash of Malaysia Airlines Flight MH17 in the east of Ukraine, Russian Ambassador to the Netherlands Alexander Shulgin said in an interview.

"By the way, Americans and Ukrainians have not yet provided the information that they have been requested to provide. Ukraine has invented some unthinkable fable that all of its radar installations were put on routine maintenance on the day of the catastrophe. And the investigators have accepted this fable as ultimate truth", Shulgin said.

He pointed to the fact that Russia had provided the JIT with the data retrieved through radar surveillance of the area of the alleged launch of a Russian missile that allegedly downed the aircraft and that Russia had also helped the JIT to decipher the information and make sure that there had not been any launch at all.

Shulgin also noted that Moscow has not yet received a request to extradite Russians suspected of being involved in the 2014 crash.

"We have not received such a request from the Dutch and are unlikely to receive it. They are well aware of what our legislation states on this matter and are therefore unlikely to address our embassy", Shulgin said.

However, he did not rule out that the Netherlands could make some steps through its embassy in Moscow.

All 298 passengers on the aircraft, predominantly Dutch and Malaysian nationals, died in the crash.

A Dutch-led JIT, formed soon after the crash, invited Ukraine, Belgium, and Australia to join the probe, but excluded Russia from the investigation.

In 2018, JIT claimed that the plane was shot down by a Buk missile system, which allegedly came from the 53rd Anti-Aircraft Missile Brigade of the Russian military, citing "classified information" provided by the Dutch and US authorities that could not be revealed. It was also noted that the team used images from social networks to prove the claims.

Addressing the allegations, Moscow conducted its own investigation showing that the Buk missile which hit the flight was made at the Dolgoprudny Plant in Moscow region in 1986, delivered to a military unit in Ukraine and remained there after the collapse of the Soviet Union in 1991. However, the evidence was completely ignored by the Dutch-led investigation.