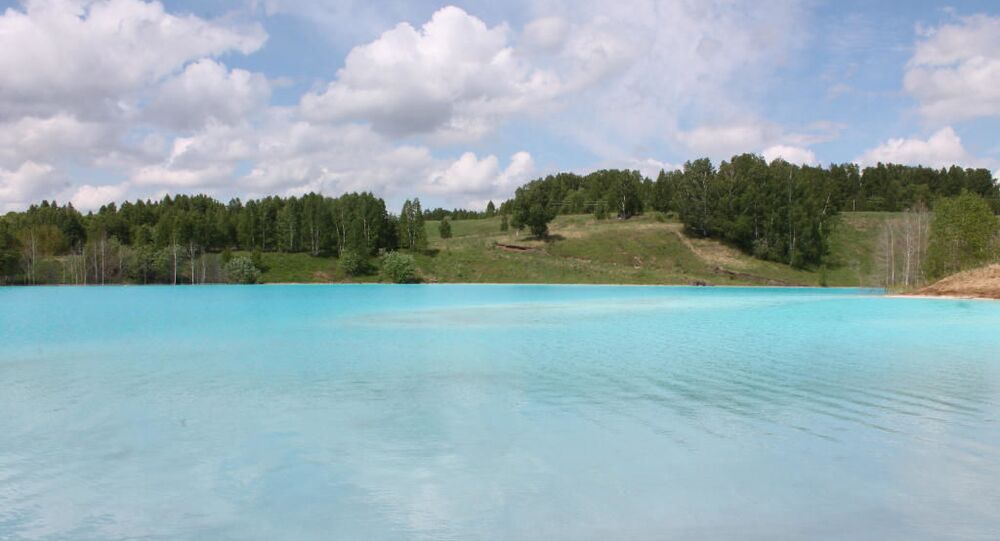 A turquoise woodland lake near the Russian city of Novosibirsk has become an international sensation, but a local energy company frowns upon intruders and has deployed security guards at the site (which is in fact a giant hole used by a nearby power plant to dump ash).

The TPP-5 thermal power plant in Novosibirsk, whose ash dump became a site of pilgrimage for Instagrammers this summer, has limited access to the tropical-style lake citing security concerns.

The Siberian Generating Company (SGK), which manages the plant, decided to beef up security at the reservoir after intrusions into the territory became more frequent.

The SGK said in a statement that a 24/7 guard post was set up on Friday, and that the lake will be surrounded by CCTV cameras.

The power plant’s director, Oleg Zykov, said that only authorised personnel are allowed at the site, and that’s why photoshoots and excursions are a no-no.

It gained popularity last month for its turquoise-coloured water and generally tropical appearance.

The lake enjoyed increased attention this week, after major foreign media outlets such as The New York Times, The Guardian, and BBC reported about it one after another, with hundreds of people flocking to the site to take snaps.

But rather than being a natural wonder in the rigid Siberian environment, the lake actually serves as a dumping site for coal ash mixed with water, coming from the power plant through pipes.

Officials have warned that neither the water nor the air at the site is toxic or radioactive. However, skin contact with the water may still cause an allergic reaction, and it is “almost impossible” to get out of the lake by oneself because of the muddy bottom.