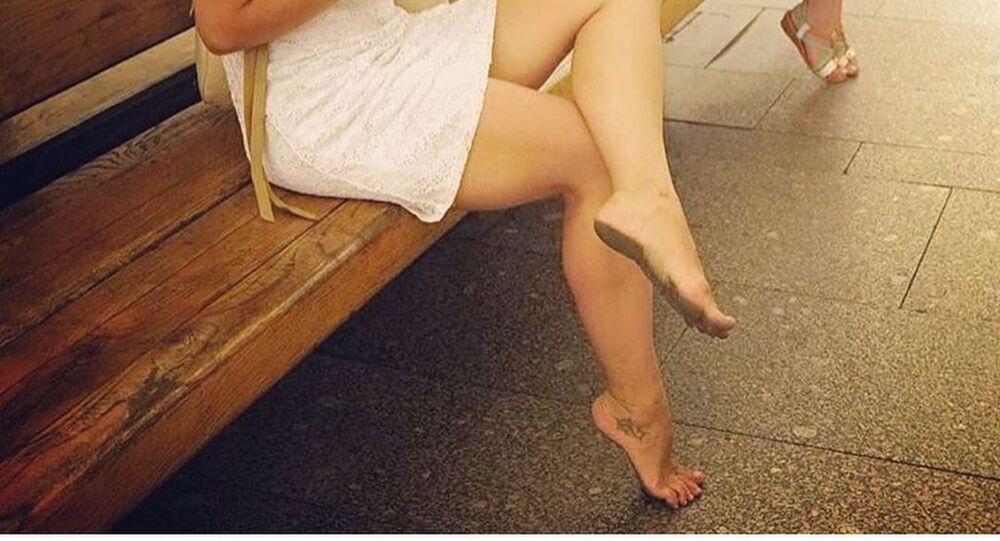 Some passengers insist on not wearing shoes and have asked authorities to remove the related restriction. However, barefoot metro riding is forbidden, and for several very good reasons.

A new craze is taking over Russian metros from Moscow to Novosibirsk, as more and more people are seen riding the trains without shoes, Russian media reports. So far, only women seem to have joined the eyebrow-raising movement.

The movement, known as “barefooting,” calls for walking around the city without shoes at all times, and is said to have been spearheaded by Polina Smerch, 33, a YouTube blogger. Smerch states she walks barefoot all year, but claims that during winter, one can “only” walk barefoot for 3 hours max without health ramifications – a claim we strongly suggest not to attempt.

Riding the metro barefoot is explicitly forbidden in the rules. Metro authorities cite the danger of physical injury on escalators as their primary concern.

“There is a probability of injury by metallic parts when riding escalators barefoot,” Novosibirsk metro authorities note. “If your feet get caught between moving parts and the metal entry platform, the injury would be even graver. You can also slip on a wet floor or have your feet stepped on in the car train, which is also unpleasant.”

However, with daily passenger traffic of almost seven million people, there is also a very serious danger of picking up bacterial diseases, and photos of the women’s blackened feet demonstrate that metro walkways and railcar floors are far from sterile.

In 2013, adherents of barefooting filed a request to Moscow metro authorities asking for the development of a set of recommendations for barefoot riders.

The request was rejected, according to Russian media reports.