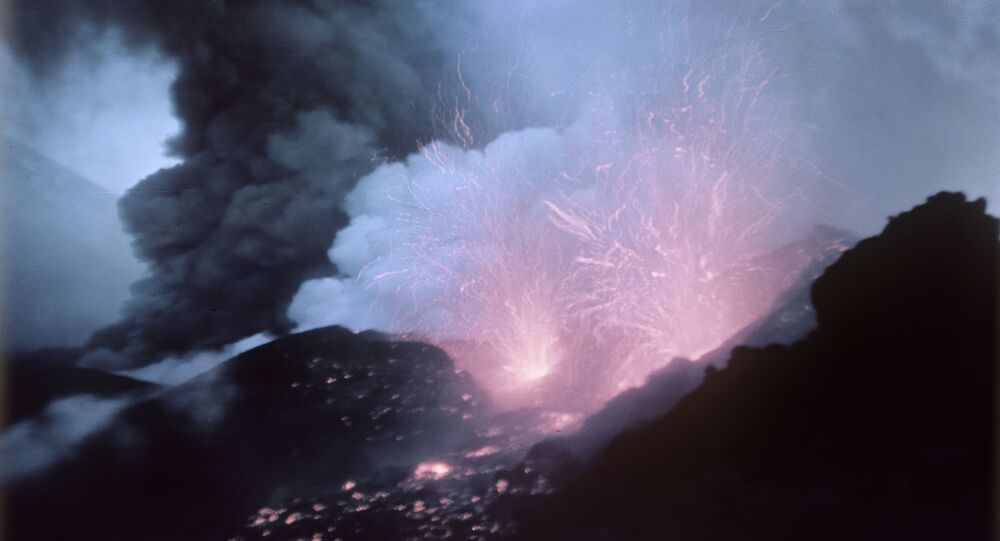 PETROPAVLOVSK-KAMCHATSKIY (Sputnik) - Klyuchevskaya Sopka, the tallest active volcano in Eurasia, located on the Kamchatka Peninsula in the Russian Far East, has begun to erupt, the press service of the Institute of Volcanology and Seismology of the Far Eastern branch of the Russian Academy of Sciences reported on Friday.

The volcano, also known as Klyuchevskoi, erupts every three to five years, previously erupting in 2015.

"After a long hiatus, in the early hours of Friday, we noted a thermal anomaly in the area of the Klyuchevskoi volcano crater with temperatures rising to 800-900 degrees Celsius [1,472- 1,652 degrees Fahrenheit]. The eruption started. Volcanic bombs are being thrown up to 200 meters [656 feet] above the edge of the crater," institute director Alexei Ozerov, said, quoted in the news release.

During the night, the crater can be seen to be glowing, according to Ozerov.

Ozerov noted that the institute had not yet observed ash fallout although trails of ash and ash fallouts could emerge in the near future and present a threat to aviation.