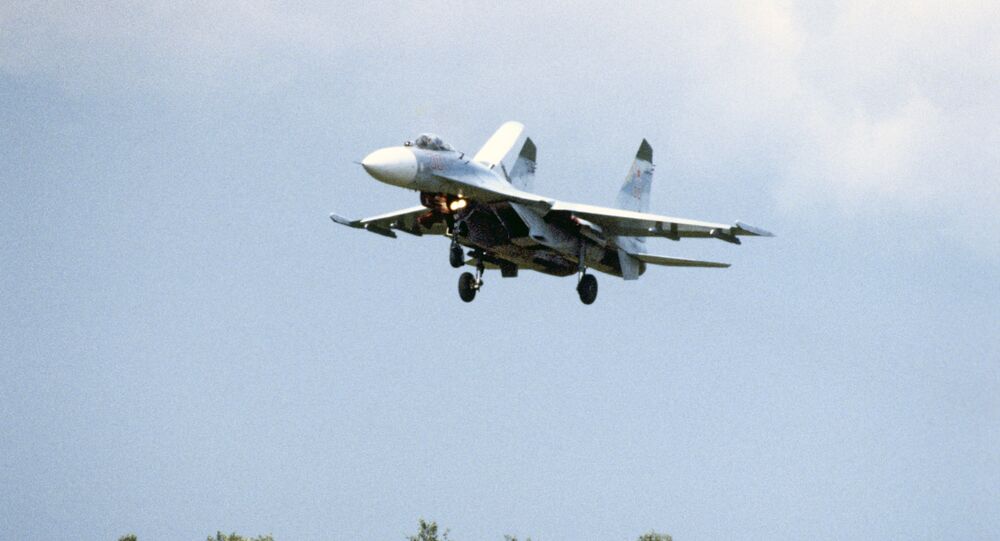 MOSCOW (Sputnik) - A Russian Su-27 fighter jet intercepted a US P-8A Poseidon reconnaissance aircraft as it approached Russian airspace over the Black Sea, the Russian Defence Ministry said on Friday.

The ministry said the Armed Forces spotted the aerial target as it approached Russian airspace.

"An Su-27 fighter jet as part of the Southern Military District's air defences was scrambled to intercept the target. The crew flew the aircraft at a safe distance to the aerial target and identified it as a US P-8A Poseidon reconnaissance jet, which immediately changed the direction of its flight to fly away from the Russian state border," the ministry said in a statement.

The Russian jet carried out its flight in line with international rules. After completing its mission, the Su-27 returned to its home base, according to the military.

Earlier in the day an alleged video of an interception of a US P-8 Poseidon surveillance aircraft by Russian warplanes near the coast of Crimea surfaced online.

US forces are currently participating in NATO’s Sea Breeze naval drills in the Black Sea.

The Russian Navy concurrently kicked off its own scheduled "combat training" exercises in the Black Sea.

According to the Russian Armed Forces' official newspaper, Krasnaya Zvezda, Russian jets have been scrambled three times over the past week to block foreign aircraft from illegally entering Russian airspace. 26 foreign surveillance aircraft have been spotted by Russian forces near its airspace over the past week.