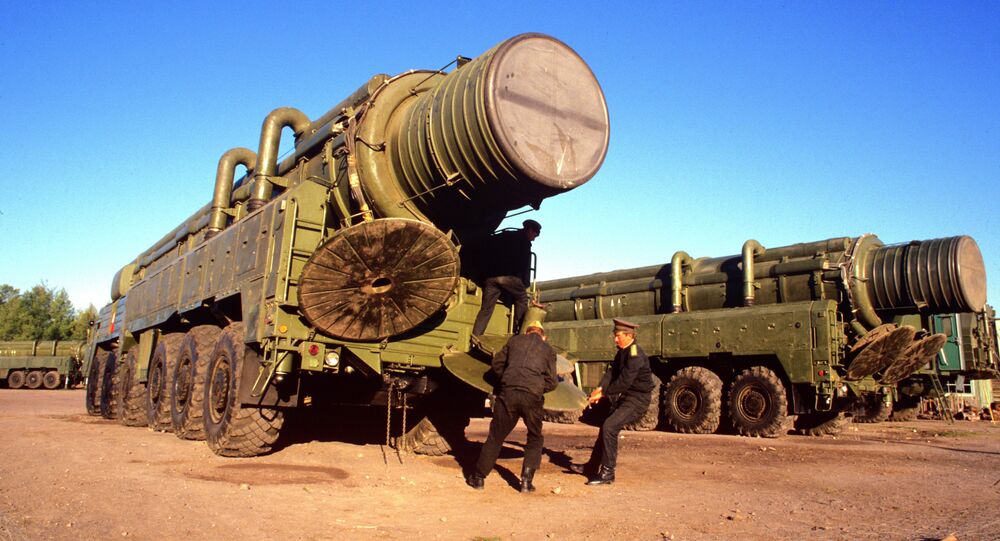 The US formally suspended its obligations under the INF Treaty on 2 February, over alleged violations by Russia, and triggered a six-month withdrawal process. Moscow has denied the accusations, blaming Washington for breaching the deal. In March, President Putin signed a decree on suspending Russia's participation in the deal.

Russian President Vladimir Putin has signed a federal law to suspend the Intermediate-Range Nuclear Forces (INF) Treaty.  The relevant document was posted on Wednesday on the official legal information website.

“Suspend the [INF] Treaty between the Union of Soviet Socialist Republics and the United States of America on the elimination of their medium- and short-range missiles, signed in Washington on 8 December 1987", the document, in particular, reads.

In a separate development on Wednesday, Putin addressed the international forum Development of Parliamentarism, organised by the Russian lower house of Parliament, during which he specifically stressed that certain states' persistent reluctance to accept the world's multipolarity results in escalating tensions and undermines strategic stability.

He added that given the difficult and controversial global agenda, with the world facing multiple threats, the global community needs cooperation, free exchange of opinions, trust, and mutual understanding.

According to him, it is impossible to cope with existing challenges, if countries do not coordinate responses through discussions.

"Its [the world's] transformation toward multipolarity is obvious. Meanwhile, the stubborn unwillingness of a range of states to accept this new reality results in raising global confrontation, international law being ignored, and strategic stability being undermined. All this impedes cooperation”, Putin pointed out.

The signing of the INF Treaty's suspension into law comes after Russian Deputy Foreign Minister Sergey Ryabkov signalled Moscow’s readiness late last month for any steps that NATO could take over Russia's suspension of compliance with the deal.

According to him, Russia is going to respond with military measures if its security is jeopardised, applying a selective approach to dialogue with the alliance.

“We will study the decisions that NATO member states formulate in the coming months. We are ready for any option. The United States and its allies in NATO are certainly to blame for the possible complication of the military and political situation in the European Atlantic region, as they have been pursuing an informed policy of destroying the INF”, Ryabkov told reporters.

2 February saw Washington formally suspend its obligations under the INF Treaty over alleged violations by Russia, in what was followed by a six-month withdrawal process.

Moscow rejected the accusations, insisting that it was Washington that had breached the agreement. On 4 March, Russian President Vladimir Putin inked a decree on suspending Russia's participation in the INF Treaty.

The treaty bans all ground-launched missiles, conventional or nuclear, with ranges of 310 miles (498 kilometres) to 3,400 miles (5,471 kilometres).