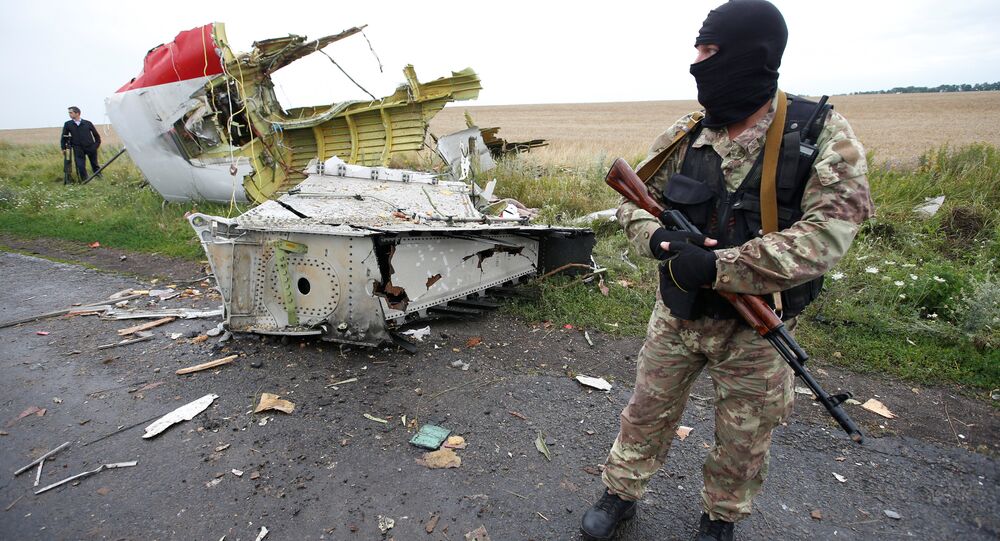 MOSCOW (Sputnik) - The Kremlin confirmed that Russian President Vladimir Putin, at the G20 summit, briefly discussed with Dutch Prime Minister Mark Rutte the 2014 crash of the MH17 flight in Ukraine.

"I can confirm this conversation, it was a very brief conversation on the go, on the sidelines. In addition to the prime minister of the Netherlands, Putin had such conversations with almost all the participants of the summit. Indeed, the issue of the president’s position and the position of the Russian side was raised", Kremlin spokesman Dmitry Peskov told reporters.

According to Peskov, it is hardly possible to perceive an investigation, which is carried out without the participation of the Russian Federation.

On 1 July, Dutch media reported that Rutte discussed with Putin at the G20 summit in Japan's Osaka the MH17 crash in Ukraine.

Malaysian Airlines Flight MH17 was downed over eastern Ukraine on 17 July 2014, amid a military conflict in the county caused by a violent coup d’état in Kiev. All 298 passengers of the aircraft, predominantly Dutch and Malaysian nationals, died in the crash.

A Dutch-led Joint Investigation Team (JIT), formed soon after the crash, invited Ukraine, Belgium, and Australia to join the probe, but excluded Russia from the probe.

#Russia has its own version on #MH17 crash, but no one listens – #Putin https://t.co/WGS53VmnG4 pic.twitter.com/2DIbo0cU8V

​In 2018 the JIT claimed that the plane was shot down by a Buk missile system, which allegedly came from the 53rd Anti-Aircraft Missile Brigade of the Russian military, citing "classified information" provided by the Dutch and US authorities that could not be revealed. It was also noted, that the team used images from social networks to prove the claims.

Addressing the allegations, Moscow conducted its own investigation showing that the Buk missile which hit the flight was made at Dolgoprudny Plant in Moscow region in 1986, delivered to a military unit in Ukraine and remained there after the collapse of the Soviet Union in 1991. However, the evidence was ignored completely by the Dutch-led investigation.

In its "latest finding", the JIT has named 3 Russian citizens and one Ukrainian as suspects in the MH17 downing and announced that trial into the case will begin in the Netherlands in March 2020. Moscow once again slammed the accusations, calling for an unbiased investigation. According to President Vladimir Putin, Russia could only recognise the results of the probe if it was allowed to participate in it.