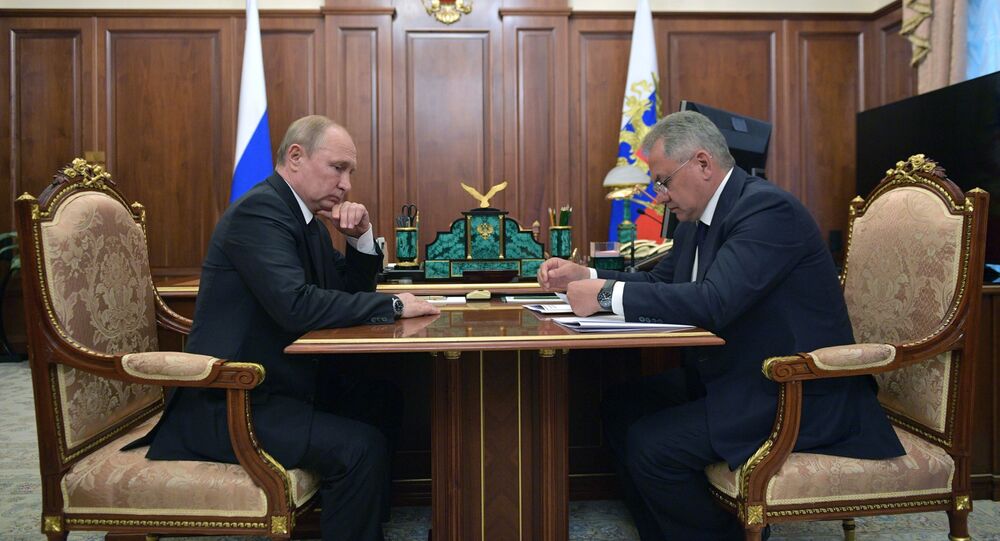 The Russian Defence Ministry announced earlier in the day that 14 people had died as a result of a fire that erupted inside a deep-sea military submersible while it was coducting research of the sea bottom in Russian territorial waters for the Russian military.

Russian President Vladimir Putin met the country's Defence Minister Sergei Shoigu hours after the news about the deadly incident aboard an underwater vessel had broke.

Seven captains of the first rank and two Heroes of Russia have died in the incident, Putin stated. "This is a great loss", Putin emphasised.

Putin has extended condolences to families of the submariners who died in the fire on board the deep-sea research vehicle. He instructed the defence ministry to provide help and support to the families of the victims.

The president has also asked the defence minister to visit Severomorsk in person, look into the records on the causes of the tragedy and report on them.

On 1 July, a fire broke out on a deep-sea military submersible designed to research the coastal shelf and the bottom of the ocean. Despite the fire being extinguished relatively quickly, fourteen submarine crew members died as a result of toxic smoke inhalation, the Russian Defence Ministry said in a statement. According to the statement, the fire on board the submarine was put out by the crew. The vessel has been towed to the Severomorsk naval base.

The vessel has been towed to the Severomorsk naval base. An investigation into the incident has been initiated by the Russian Investigative Committee.