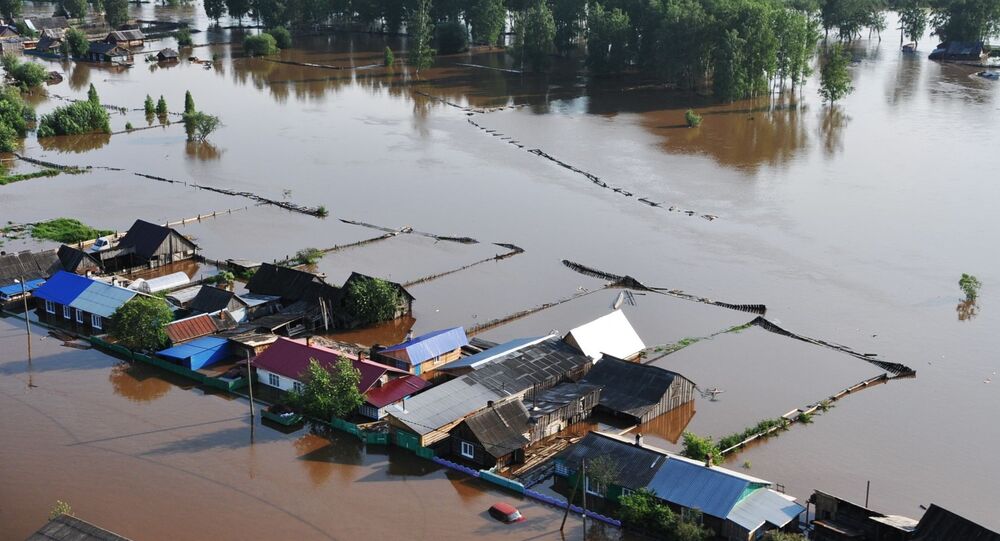 MOSCOW (Sputnik) – The number of people who’ve died as a result of heavy flooding in Russia's Irkutsk region has risen to 14, while 13 more people remain missing, a spokesperson for the regional emergency services told Sputnik on Tuesday.

"According to the recent data, 14 people have died, while 191 people, including 38 children, have been hospitalised", the spokesperson said.

The spokesperson added that 13 people, including a child, were still missing.

Earlier on Tuesday, the regional department of the Russian Emergencies Ministry said that some 2,600 people, including 574 children, had been evacuated from the disaster-hit areas.

A total of 676 people, including 245 children, are in 15 temporary accommodation facilities, according to the ministry.

The state of emergency was declared in the Tulunsky, Chunsky, Nizhneudinsky, Tayshetsky, Ziminsky, and Kuytunsky districts of the Irkutsk Region. Regional as well as federal authorities are making efforts to provide the necessary aid to those affected by the disaster.