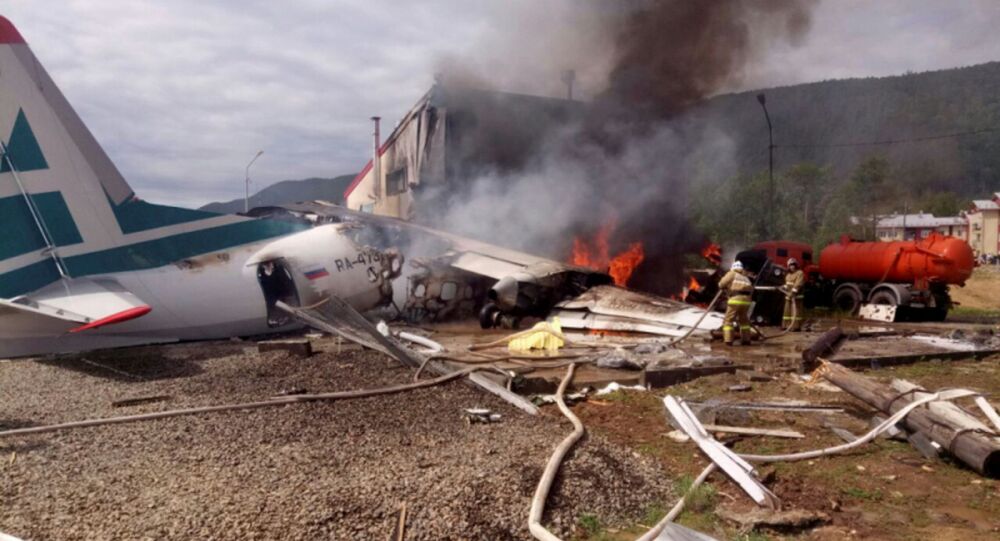 According to local authorities, forty-two adults and one child have been rescued after a plane made a hard landing.

Earlier local authorities reported that two people have been killed and seven injured in an emergency landing of an An-24 airplane in the city of Nizhneangarsk, Buryatia, Russia.

"The head of Buryatia is monitoring the situation involving the aviation accident in the Nizhneangarsk airport. A passenger plane conducted an emergency landing there. As a result of it, two pilots died. The passengers are alive. Forty-two adults and one minor child have been rescued. Seven people have been wounded", Alexey Fishev, the press secretary of the regional head, told reporters.

The press secretary said the aircraft took off from the Nizhneangarsk to Ulan-Ude in the early hours of Thursday, soon after which one of its engines failed. The crew decided to return to the airport.

"According to the preliminary information, during the landing, the plane went 100 meters [328 feet] beyond the runway and collided with a purification facility. The plane took fire", Fishev pointed out, adding that firefighters were working on the site.

The accident took place earlier in the day. According to the regional Interior Ministry, the An-24 plane, which was en route from Ulan-Ude to Irkutsk via Nizhneangarsk, landed at 10:20 a.m. (02:20 GMT) in Nizhneangarsk and went outside the runway and subsequently caught fire.