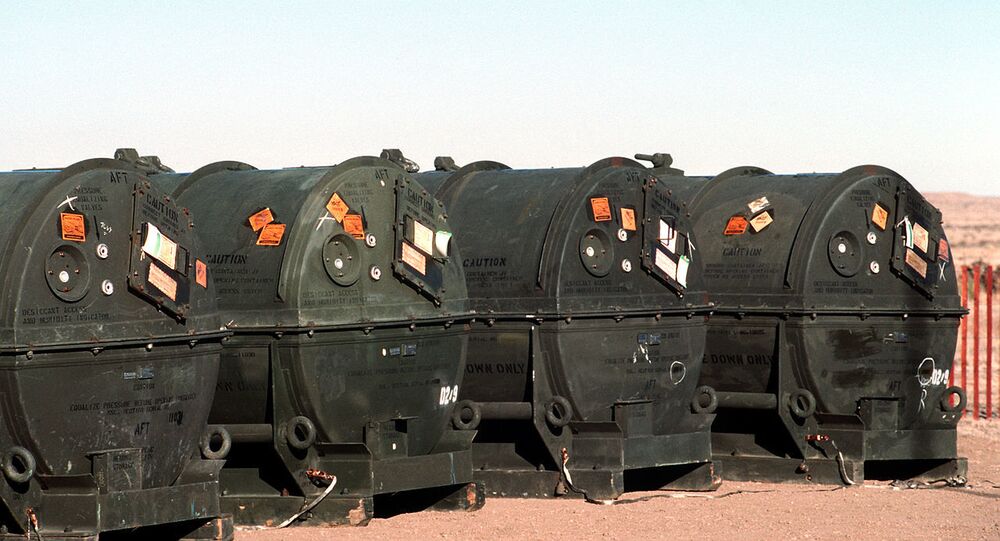 MOSCOW (Sputnik) - The upper house of the Russian parliament passed on Wednesday at its session a bill suspending Russia's compliance with the Intermediate-Range Nuclear Forces Treaty (INF).

The speaker of the upper house, Valentina Matviyenko, has stressed that Russia is urged to suspend its compliance with the treaty responding to a similar step by the United States.

The bill will be now submitted to Russian President Vladimir Putin so that he could sign it into law.

In the meantime, Russian Deputy Foreign Minister Sergey Ryabkov told reporters on Wednesday that Russia is ready for any steps that NATO could take over Russia's suspension of compliance with the Intermediate-Range Nuclear Forces Treaty (INF), and it is going to respond with military measures if its security is jeopardised, applying a selective approach to dialogue with the alliance.

"We will study the decisions that NATO member states formulate in the coming months. We are ready for any option. The United States and its allies in NATO are certainly to blame for the possible complication of the military and political situation in the European Atlantic region, as they have been pursuing an informed policy of destroying the INF", Ryabkov told reporters.

The Russian deputy foreign minister stressed that Russia would suppress NATO's aggression and have a selective approach to dialogue with the alliance.

"When the threats are materialised as practical steps, we will obviously be forced to take compensatory military measures", Ryabkov added.

NATO Secretary General Jens Stoltenberg said on Tuesday that the alliance would provide a coordinated response if Russia did not return to compliance with the deal within five weeks, destroying its missiles allegedly violating its deal with the United States.

The United States formally suspended its obligations under the INF Treaty on 2 February, over alleged violations by Russia, and triggered a six-month withdrawal process. Russia denied the accusations, saying that it was Washington that breached the deal. Putin signed on 4 March a decree on suspension of Russia's participation in the INF Treaty.

INF Treaty 101: The Basics of the Ailing US-Russia Nuclear Pact