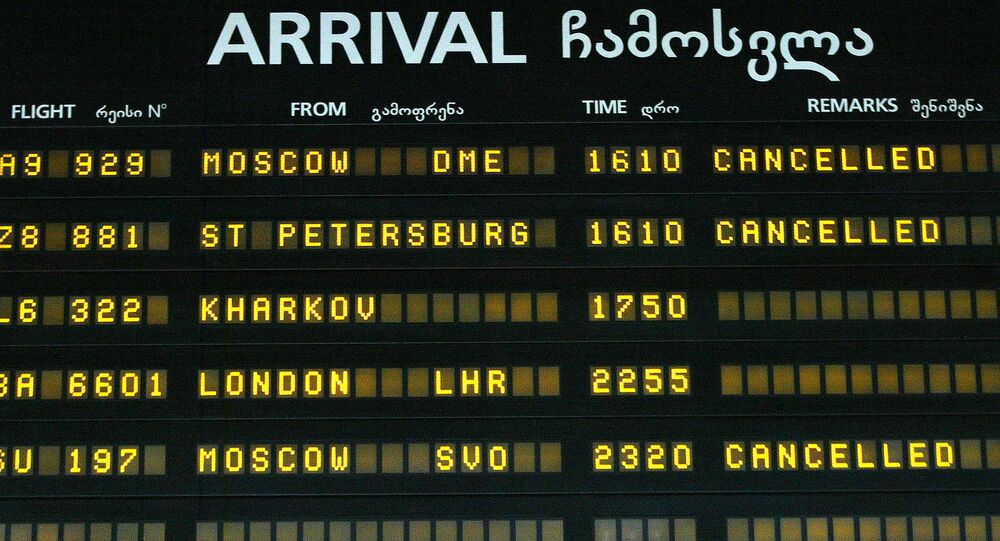 MOSCOW (Sputnik) - The Russian Union of Travel Industry expects that all Russian tourists on package tours in Georgia will return by 8 July, spokeswoman Irina Turina said, stressing that travelers will be compensated for the canceled tours.

"Those who don’t leave Georgia by 8 July will be registered onto the next available flight according to their return tickets. All tourists have return tickets because airlines only operate scheduled flights. All organized tourists [on package tours] should be out by 8 July", Turina said.

Russian hikers who stay past 8 July will be responsible for their own return, she added, and will also need to purchase new return tickets.

Several Russian airlines — Siberian S7, Red Wings, Smartavia and Pobeda —have confirmed to Sputnik that they have stopped selling tickets to Georgia. Red Wings said it would repay the full cost of existing tickets under a "forced return" clause.

Russian President Vladimir Putin banned the Russian air carriers from flying to Georgia beginning 8 July. The Kremlin said the decision was caused by a surge in extremism in Georgia in the wake of protests against the participation of a Russian delegation at an international parliamentary event in Tbilisi.

Kremlin spokesman Dmitry Peskov said the delay would allow most tours to run to their end.

According to the Russian Association of Tour Operators, there are currently between 5,000-7,000 Russian tourists in Georgia on organized tours.

"According to our preliminary estimate, there are 5,000-7,000 tourists traveling on organized tours. They are clients of Russian companies. The number of hikers traveling on their own is much higher. [It is] at least two or three times higher", Maya Lomidze, the executive director of the association, said.

Demonstrations swept Tbilisi on Thursday, as thousands of protesters took to the streets over the participation of delegates from Russia in the Interparliamentary Assembly on Orthodoxy (IAO) session in the national legislature building.

Georgian opposition lawmakers boycotted the session after IAO president and Russian lawmaker Sergey Gavrilov took the seat of the head of parliament, provoking anger on behalf of the opposition. Shortly after, the building was stormed by a growing number of protesters demanding the resignation of the parliament speaker and other officials.