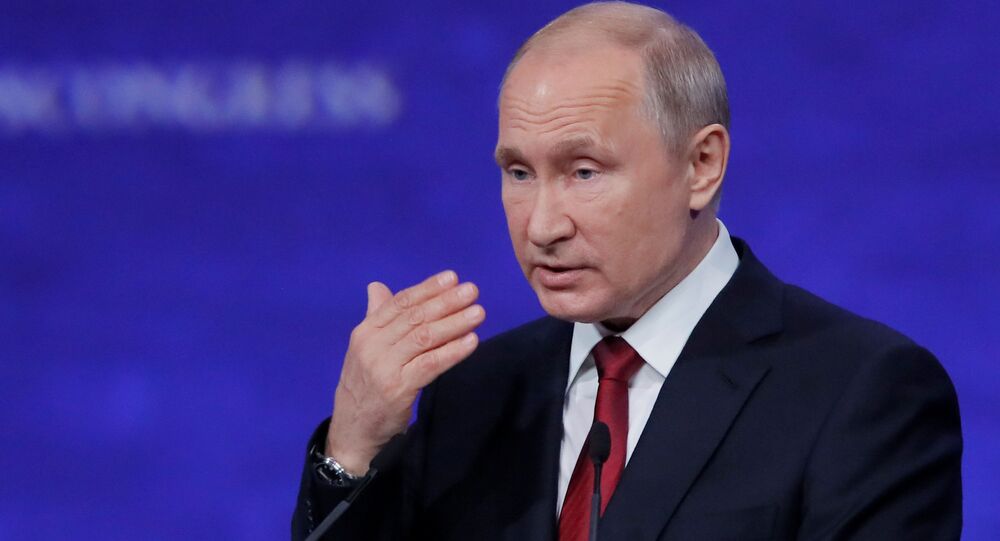 This marks the 17th time President Putin has answered questions posed by Russian citizens on the air during a live session. The first "Direct Line" was held back in December 2001.

Russian President Vladimir Putin will take part in the annual "Direct Line" Q&A session in Moscow on Thursday. People from across the nation will be able to speak with the president on various topics via telephones, text messages, a website or a special mobile application.

The event will be broadcast by the major Russian TV channels as well as radio stations and social networks.

Russian citizens have submitted more than a million questions since the announcement of the session on 9 June.

Last year's "Direct Line" lasted a record amount of time, four hours and twenty minutes, during which President Putin answered dozens of questions and was also able for the first time to directly contact members of the government and regional authorities via a conference call during the event to issue orders or clarify situations.

According to President Putin's Press Secretary Dmitry Peskov, this option will also be available this year.