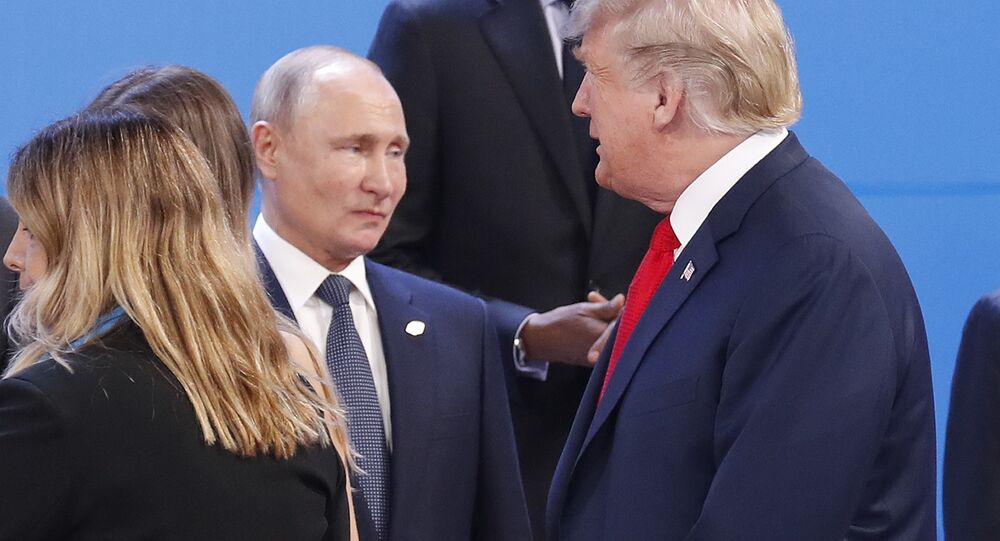 VLADIVOSTOK (Sputnik) - Moscow is ready to organise a meeting of Russian President Vladimir Putin and US President Donald Trump even on the eve of the G20 summit in Japan, but there are no any relevant signals from the United States in this regard, Kremlin spokesman Dmitry Peskov said on Sunday.

"This can be done even on the eve of the beginning of G20," Peskov said while aired by Rossiya 1 broadcaster.

He noted that Russia had not received any initiatives from Washington in this regard so far.

The two leaders were supposed to hold a bilateral meeting at the previous G20 Summit in Buenos Aires late last year, but the talks were cancelled at the last moment by Washington over the Kerch Strait incident.

Peskov repeatedly said that there was undoubtedly a chance that the Russian and US leaders would be able to hold a meeting at the G20 summit in Japan.

"Here, probably, we need to very carefully follow the nuances, because Trump says: I will meet with the Chinese, with the Russians and with other countries. Maybe he is referring to such brief meetings, which diplomats call 'on the go.' But this, of course, is not a full-fledged meeting, and it will not be possible to discuss the range of issues that should be discussed, which are really on the agenda," the spokesman added.