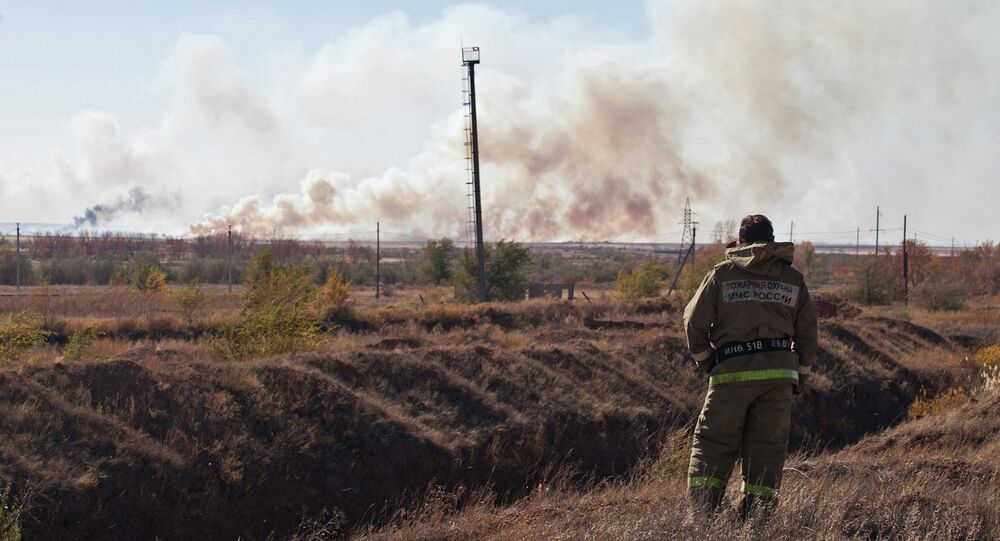 MOSCOW (Sputnik) - A dry grass fire at the Pogonovo munition disposal site in the Voronezh region has been contained, there is no threat of spreading fire, the Russian Defense Ministry said Friday.

"On June 14, a dry grass fire on a plot of land adjacent to the Pogonovo disposal site spread to the territory of the site. The ​​fire has been contained by the garrison's fire brigade teams and the and emergencies services," the ministry said in a statement.

According to the statement, there are neither casualties nor the threat of spreading fire to populated areas.

Earlier in the day, it was reported that munitions were exploding at a munitions disposal range in the Voronezh region in central Russia amid a dry grass fire, the nearest settlement is located at a distance of about 20 kilometres.

According to the source, there is no threat to the nearby settlements as the nearest town is located about 20 kilometres (12.5 miles) from the site.