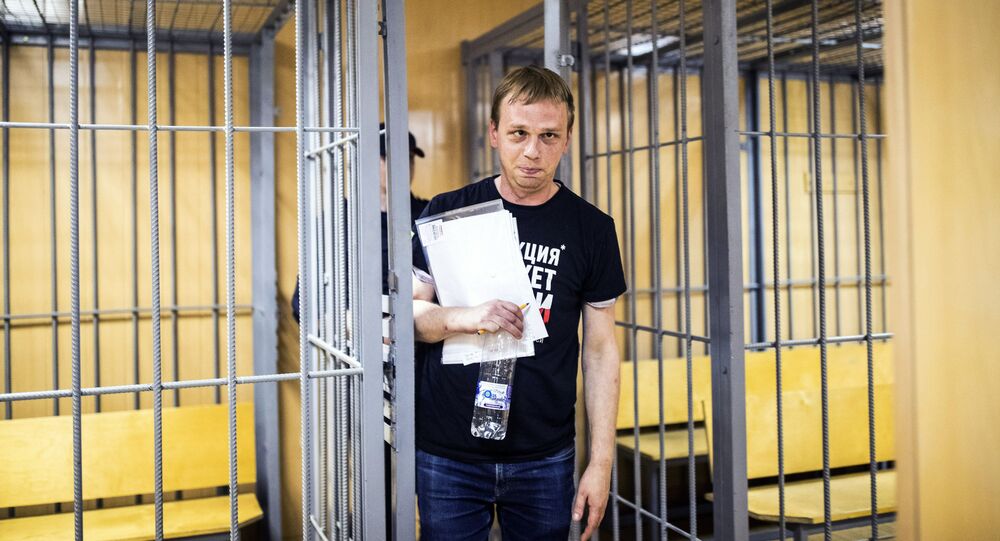 The news about Golunov's detention spread on Friday morning. According to the Moscow police, five parcels with powder-like substance were found on the journalist in the centre of Moscow on Thursday and more narcotics were seized in his apartment. His colleagues, however, questioned the credibility of the evidence.

Detained Russian reporter Ivan Golunov will be released and charges against him will be dropped, Russian Interior Minister Vladimir Kolokoltsev said on Tuesday.

Prosecutors decided to drop the case "in connection with the failure to prove his involvement in the crime," Kolokoltsev told reporters.

Police officials who detained him last week have been suspended nad an inquiry has been launched into their actions, the minister added.

Golunov, 36, an anti-corruption journalist, was arrested last Thursday on charges of drug trafficking and was facing from 10 to 20 years in jail if found guilty.

Police said they had found packets of mephedrone among his things, as well as cocaine and a set of scales in his apartment.

Golunov, who maintained his innocence and claimed to be the victim of a set-up, was placed under house arrest on 8 June.

Late last week, police posted nine photos of what they alleged to be drugs found in his apartment, but his friends claimed that eight of them weren taken in some other place.

The Interior Ministry stated on Monday that the bags with narcotics seized during his detention were found to bear the DNA of several people.

Golunov's case provoked increased media attention in Russia, with many reporters from both state- and privately-owned outlets expressing solidarity with the investigative journo.

On Monday, three major Russian newspapers − Kommersant, RBK, and Vedomosti − published a joint front-page statement reading "I am/We are Ivan Golunov", in which they cast doubt on the credibility of evidence in his case and demanded maximum openness from investigators.