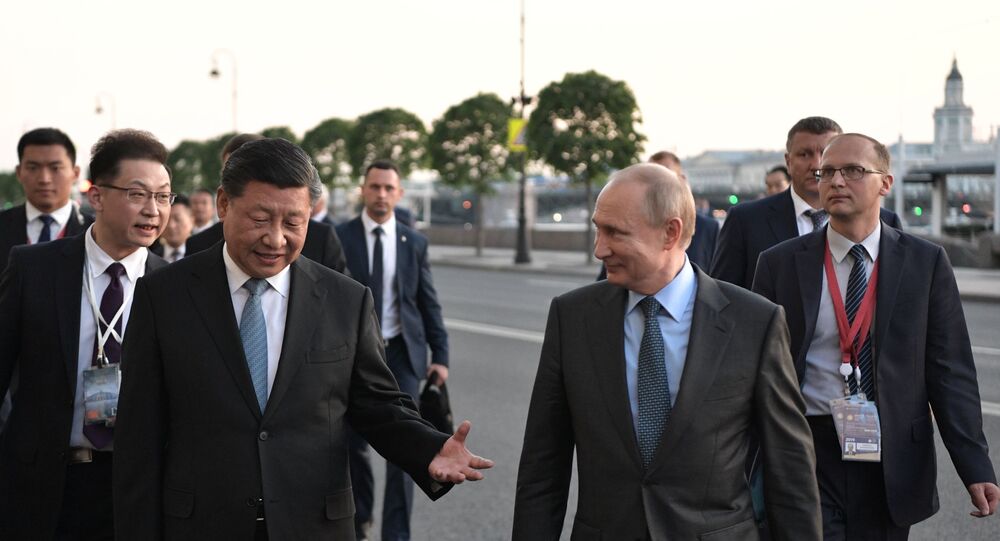 As soon as the official part of Xi Jinping’s visit to Russia was finalised, the Chinese leader flew to St. Petersburg to attend the Economic Forum there, as well as explore the beauty of the Russian northern capital during a friendly walk with the city’s native, President Vladimir Putin.

Tete-a-tete meetings and talks between the countries’ heads can be more valuable for both parties than official talks, Russian President Vladimir Putin’s spokesman Dmitry Peskov noted in an interview with the “Moscow. The Kremlin. Putin” programme on the Russia 1 channel, while commenting on the Chinese leader’s schedule in Saint-Petersburg.

“Such talks and trips etc. are often about very important things, which have to do with both bilateral relations and international issues. They sometimes see how the sides arrive at their positions on the most significant issues of the international agenda,” Peskov stressed.

He added the organisation of an informal program for Xi Jinping in the Russian northern capital, which earlier hosted an economic forum, the SPIEF, meant a great deal for Putin, as he showed his counterpart around his native city.

“The whole programme, especially its informal part, is made up of such, let’s say, special “cherries on top”, the spokesman remarked, proceeding to detail there were a lot of spontaneous moves during the two countries’ promenade along the Neva. In particular, Putin and Xin Jinping visited the famed cruiser “Aurora”, on the Chinese president’s request.

They had initially planned to come up to “Aurora”, then turn around and get back to the Hermitage, but decided to ascend the cruiser.

From 5-7 June, Xi Jinping was on a state visit to Russia, where he and President Putin held bilateral talks which resulted in the two leaders signing an agreement to step up global strategic stability in the modern-era.
After the official programme in Moscow, the Chinese president headed to St. Petersburg, where he attended the St. Petersburg International Economic Forum.

Strategic Partnership: What Message are Xi, Putin Sending to Trump?