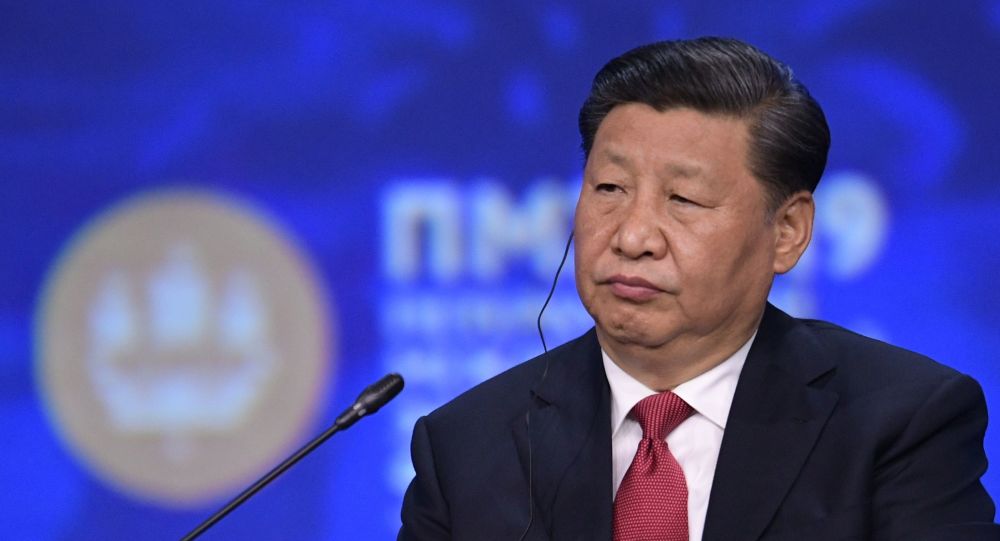 Xi Jinping almost fell off the stage on 7 June during an exchange of handshakes with the audience after the plenary session of the St. Petersburg Economic Forum (SPIEF). After the final question, discussion participants got up and began to talk among themselves. Xi Jinping shook hands with his colleagues and then walked to the edge of the stage to greet the audience.

Some of the people among the audience stretched out their hands and phones to take a photo with the Chinese president. The head of state shook hands with them, and then swayed strongly towards the edge of the stage. Xi almost fell, but at that very moment, Federal Guard Service officers appeared next to him and helped him maintain his balance.

A video of the incident promptly appeared online.

​READ MORE: Xi Jinping Calls Trump His Friend, Says US Leader Does Not Want to Sever Ties With China

The SPIEF is an annual business event that has been held in St. Petersburg since 1997. It began on 6 June and is due to run through 8 June.

Xi Jinping Calls Trump His Friend, Says US Leader Does Not Want to Sever Ties With China