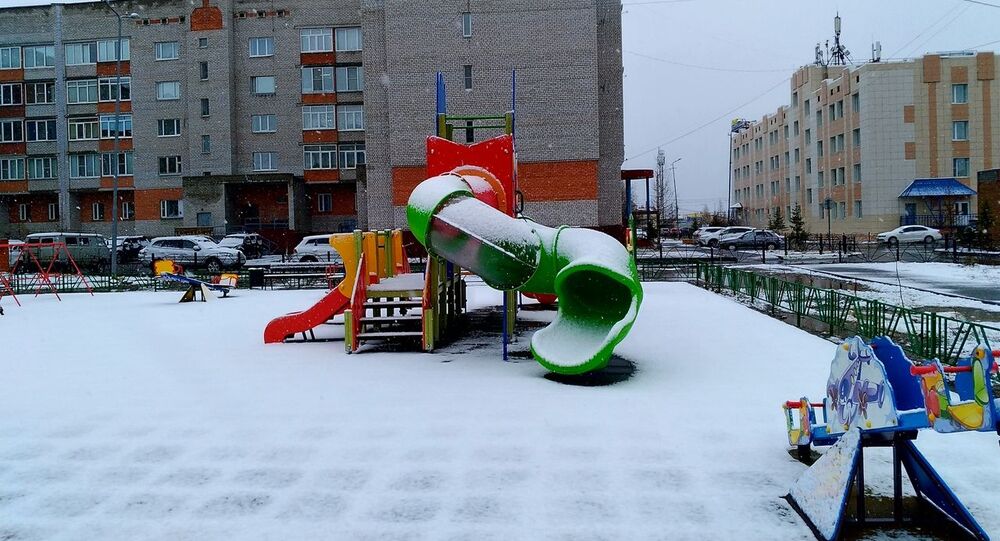 Snow fell in Salekhard, the administrative centre of Yamalo-Nenets Autonomous Okrug, on the morning of 5 June for the second year in a row, Artem Koshkin, head of the Yamalo-Nenets Centre for Hydrometeorology and Environmental Monitoring, told reporters.

The first week of summer has been marked by heavy snowfall in the Russian cities of Salekhard and Labytnangi.

"It is not for the first year. And last year was the same situation. It is not quite ordinary, but it is difficult to call the situation extreme. It's normal for us, we live on the Arctic Circle, such weather is quite possible", Koshkin stated.

The strongest snowfall covered the capital of the Yamalo-Nenets Autonomous Okrug and the neighbouring town of Labytnangi on 24 May when the equivalent of two month's of snow fell in 24 hours in Salekhard alone. About 50 units of special equipment took to the streets for two days to clean up the aftermath.

The first day of the summer of 2018 in Salekhard was also marked by snowfall and strong winds, but even then the regional centre of hydrometeorology stated that this was "quite normal". Real summer usually comes to Yamal closer to the second half of June, the centre's representative explained.

Snow, Sun and Bikinis: When Siberia Transforms Into Northern 'Ibiza'