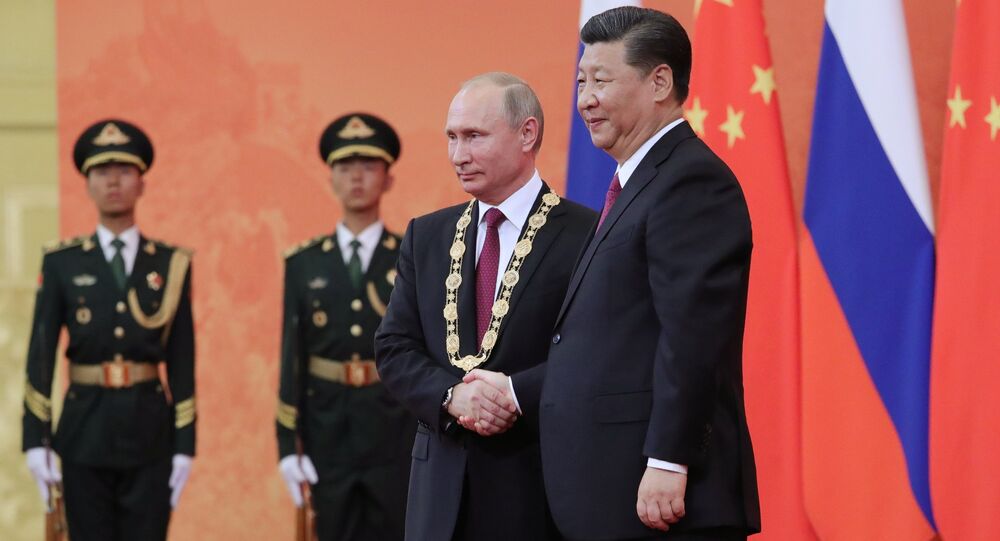 “Russia and China intend to develop the practice of settlements in national currencies. Intergovernmental agreements have just been signed aimed at further expanding the use of rubles and yuan in bilateral trade, as well as ensuring uninterrupted banking services for transactions in conditions of instability on global markets,” Putin told reporters after talks with Xi.

The Russian leader also stated that the positions of Moscow and Beijing on the settlement of the situation on the Korean Peninsula coincide and there is no alternative to the peace process.

"I'd like to point out that our countries have similar assessments of the situation around the Korean Peninsula, and the joint roadmap of the settlement is being implemented. We believe that there is no alternative to the peaceful political and diplomatic resolution of the region's problems…," Putin said following the talks with Xi Jinping.

He went on to note that Moscow "will continue to cooperate with our Chinese partners to reduce tensions on the peninsula and to strengthen security in Northeast Asia as a whole."

Earlier in the day, Chinese President Xi Jinping arrived in Moscow as part of a state visit. During the visit, Moscow and Beijing are expected to sign about 30 documents and will make a statement on strengthening strategic stability.

The Chinese president was slated to discuss energy issues, space, infrastructure, trade and economic relations between the countries, as well as a joint project to produce a wide-body aircraft and a heavy helicopter. They are also anticipated to have a chat on the situation on the Korean Peninsula.

Following the ceremony, Xi Jinping is expected to travel to Saint Petersburg to participate in the International Economic Forum.