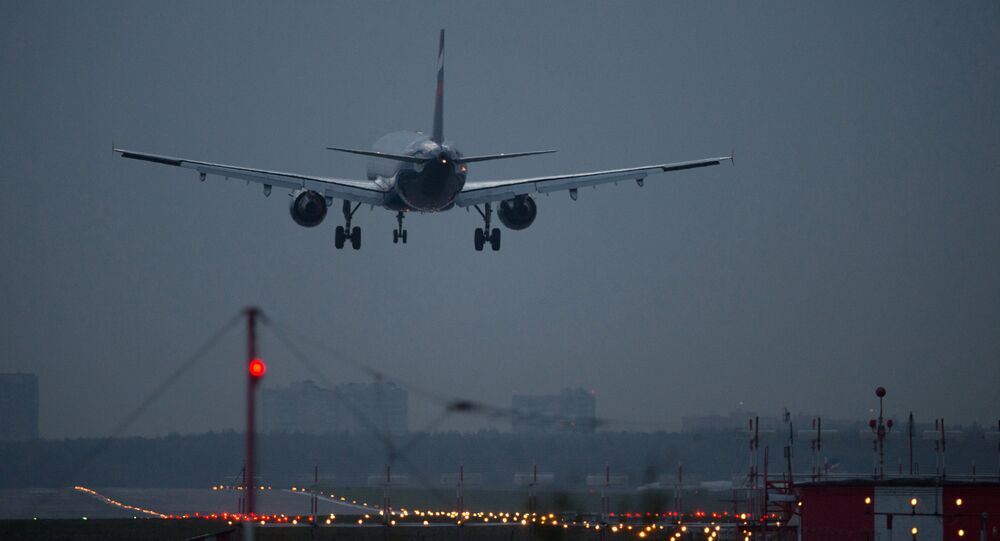 A passenger plane with 155 on board heading to the Russian city of Grozny has returned to Moscow over a technical failure, a representative of the emergency services told Sputnik.

"The plane landed at 10:22 a.m. local time", the source said, adding that according to preliminary data, an alarm about the aircraft's fire entinguishing system malfunctioning went off during the flight.

According to the official, since 2017, 550 pilots were put on suspension and 160 flight certificates were annulled in Russia as a result of prosecutors' investigations.

© REUTERS / City News "Moskva"
WATCH Cabin of Burnt Russia's Sukhoi Superjet-100 From Inside
Earlier this month, a major incident occurred at Moscow's Sheremetyevo airport after the SSJ100, bound for the northwestern Russian city of Murmansk, caught fire upon making an emergency landing at the airport.

NPO Saturn: Where Superjet Hearts Are Made (PHOTOS)