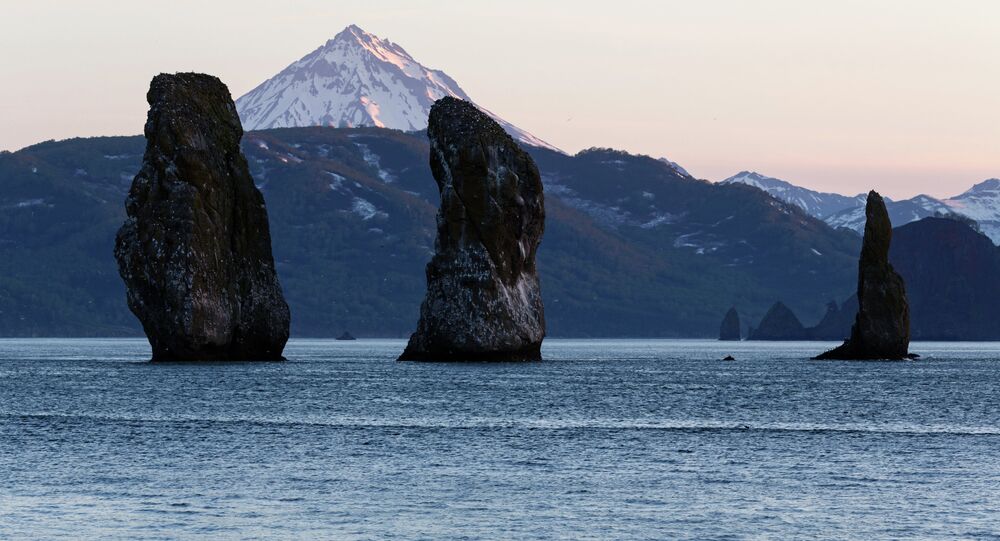 MOSCOW (Sputnik) - A 4.9 magnitude earthquake was registered on Monday in the Sea of Okhotsk off the coast of Russia's Kamchatka Peninsula in the east, the regional branch of the Geophysical Survey of the Russian Academy of Sciences (GS RAS) told Sputnik.

"The earthquake was registered on Monday morning local time. Its epicenter was 115 kilometers (71 miles) to the northwest of the Ust-Bolsheretsk village", a GS RAS representative said.

According to the local branch of Russia's Ministry of Emergency Situations, the earthquake was not felt throughout inhabited settlements on the peninsula.

© Photo : AttivitaSolare / Twitter
Russia's Shiveluch Volcano Wakes Up
The Kamchatka Peninsula in the Russian Far-East is well-known for its seismic activity, and minor earthquakes in the region are not rare.  Kamchatka is also home to the Shiveluch volcano, which is the northernmost active volcano on the peninsula. The volcano, located 2 miles above sea level, has reportedly been active since November 2018.

Scientists regularly register tremors near the volcano. Nevertheless, the volcano is not thought to pose any significant danger to nearby villages.