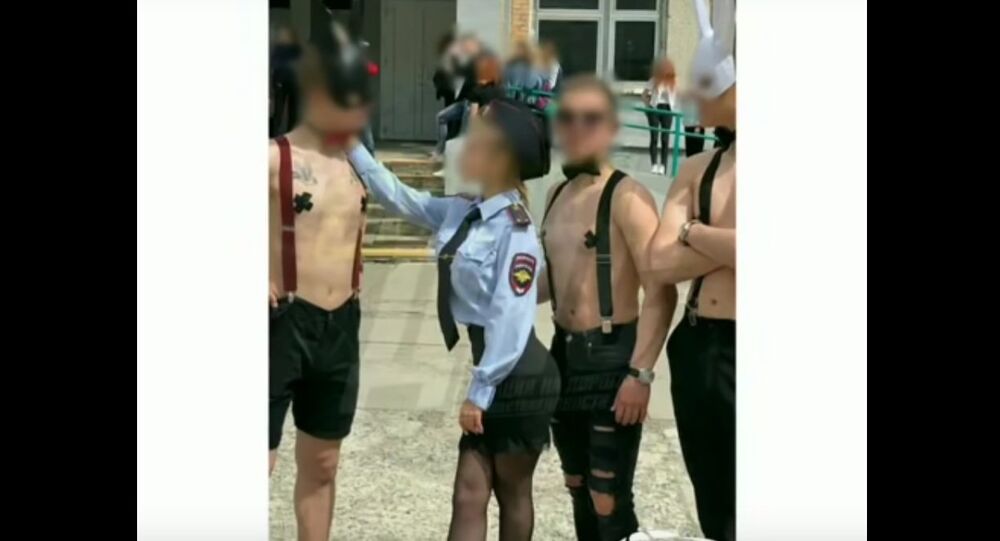 To celebrate farewell to their school years, boys and girls in the Russian Far Eastern port city of Vladivostok decided to exchange their school uniforms for naughty rabbit and police officer costumes. After videos and photos of the graduates dancing and throwing paint surfaced online, an investigation was launched.

Videos and photos showing them raving in the schoolyard emerged on social media.

According to the head teacher, they all came to school in regular clothes, but apparently changed before the prank began. She noted that the girl who wore the police uniform told her she was unaware that she was doing something wrong. The school children reportedly bought the uniform at a special workwear shop that sells clothes to law enforcement and the military.

The police noted that it is forbidden to wear a uniform with distinguishing badges and rank markings of law enforcement. The wrongdoers could be fined approximately $25. Following the probe, the police will decide whether the school graduates’ prank could be held administratively liable.

The incident occurred as graduates across Russia are having so-called Farewell Bell celebrations, marking the end of high school before their final exams.