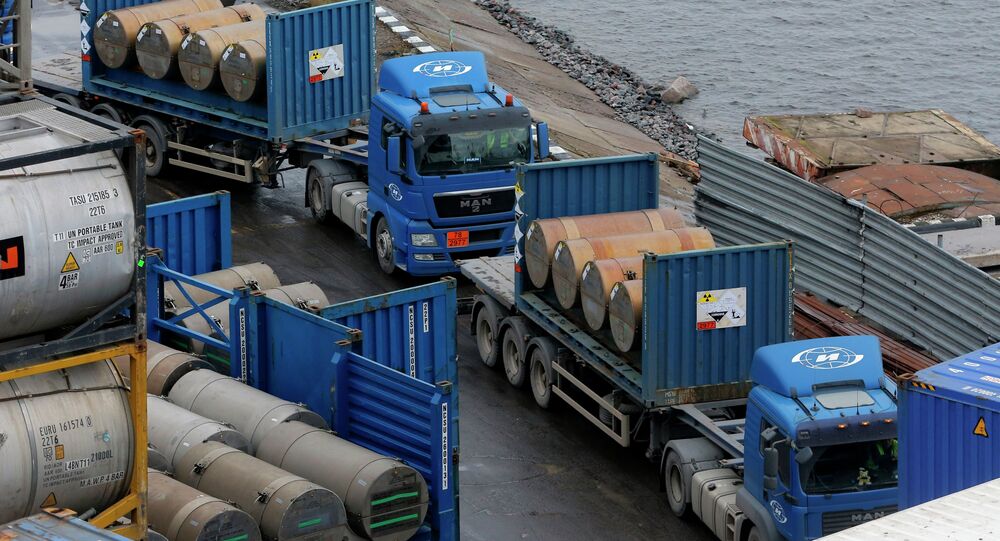 MOSCOW (Sputnik) - Moscow and Berlin have agreed to look into conditions for future processing of spent nuclear fuel from German research reactors in Russia, according to the Russian state nuclear corporation Rosatom’s procurement website.

The facilities in question are the research reactors in Rossendorf and Garching, the website specified.

German company Pflueger International, commissioned by Rosatom’s subsidiary, TENEX, is now required to provide the nuclear corporation with the results of a legal analysis of conditions for the possible processing of spent fuel from German research reactors in Russia and also the treatment of processed products.

The German firm will also analyze technical and logistics possibilities and obstacles for transporting used nuclear fuel to Russia.

The first research nuclear reactor of the former German Democratic Republic, which was built by the Soviet Union and worked on Soviet-made uranium, was put into operation back in 1957 and decommissioned in summer 1991. According to common practice, such fuel is returned to the supplier country — Russia.

© AFP 2021 / FREDERICK FLORIN
France Mulling Nuclear Plant Closure on German Border
The reactor’s remaining unused fuel was exported to Russia back in 2006, while spent fuel is still being kept at a temporary storage facility in Germany.

Germany planned to transfer the reactor’s used nuclear fuel to Russia back in 2010 but the German Ministry for the Environment, Nature Conservation and Nuclear Safety refused to issue a permit for the transportation of spent fuel, citing the lack of necessary facilities at Rosatom’s Mayak plant at that time.

Russia has since completed preparations to take in this fuel, providing relevant safety guarantees.

The Technical University of Munich in Garching, meanwhile, is home to the main German research reactor FRM II working on a fuel produced by French company Areva. The reactor is involved in nuclear, industrial and medical research.