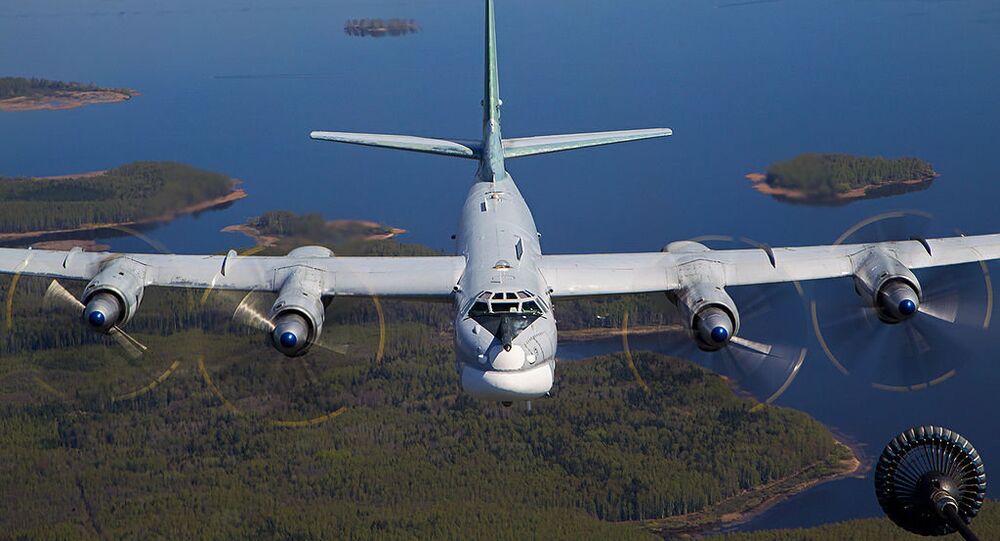 American reconnaissance drones routinely fly along Russia’s borders, mostly in the west and in south-west, as well as along the Syrian coast, where Russian military bases are located. Such flights have become quite regular since relations between the US and Russia became strained in 2014.

Four Russian Tupolev Tu-95MS strategic bombers conducted a scheduled flight along the western coast of Alaska and Aleutian Islands, the Russian Ministry of Defence reported on 21 May. On certain parts of their route they were escorted by American F-22 fighter jets, the ministry added.

In total, the strategic bombers flew for over 12 hours and apart from Alaskan coast, passed over the Bering, Chukchi, and Okhotsk seas. Such flights are a common practice with the Russian defence ministry emphasising that they are conducted in accordance with international laws regulating flights over neutral waters.

Such flights take place amid US reconnaissance drones regularly being spotted in close proximity to Russia's borders in the Baltics, near Crimea and Ukraine, as well as to military bases in Syria. Their appearance became more frequent following the start of the downward spiral in bilateral relations between Washington and Moscow.