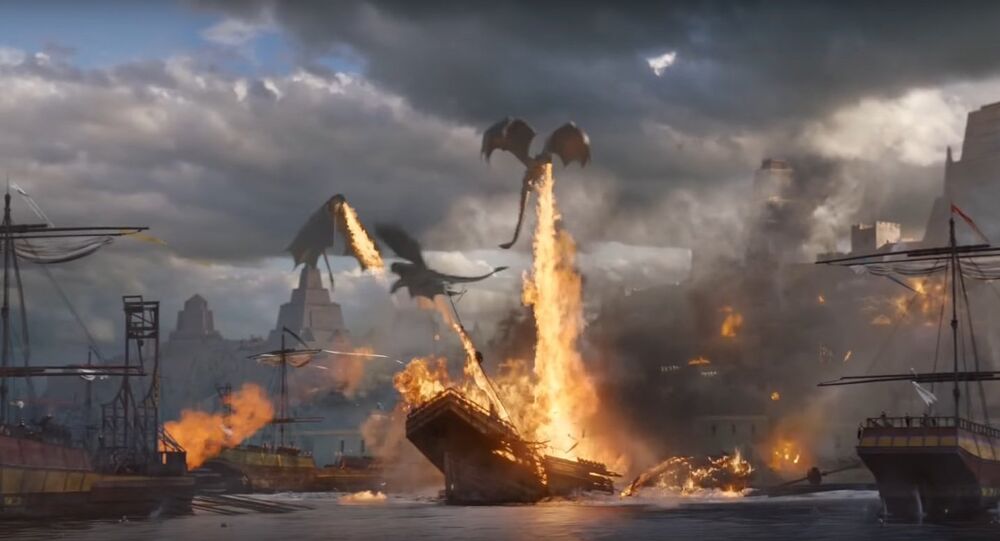 MOSCOW (Sputnik) - The fantasy television drama series "Game of Thrones" has become highly popular since first being aired in 2011, with the whole world waiting for each new episode and discussing the hit production. The question as to whether the Russian president watches the show has been finally answered.

"The president does not watch TV in principle, except news, he just does not have the time", Peskov told reporters, when asked if the Kremlin was interested in how the series ends and whether Putin was watching it.

© AFP 2020 / Alberto E. Rodriguez / GETTY IMAGES NORTH AMERICA
To Get Starbucks? Game of Thrones Fans Think Jaime Lannister Grew His Hand Back
According to a recent Russian poll, 70 percent of the Russians have not watched or are not planning to watch Game of Thrones.

The show’s penultimate episode was reportedly watched by 18.4 million viewers across HBO's platforms.

The finale of the series, which has been broadcast since 2011, will air this Sunday.