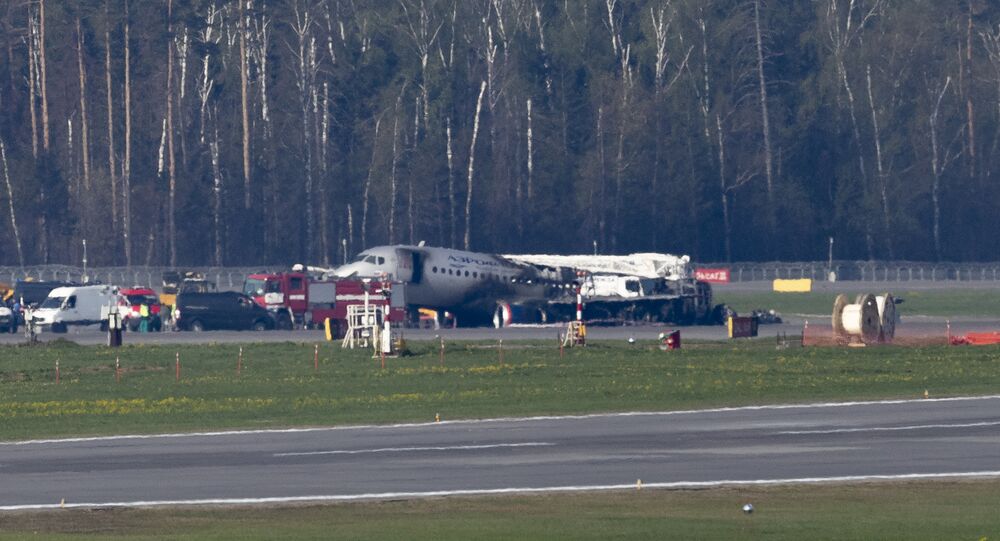 MOSCOW (Sputnik) - The European Aviation Safety Agency (EASA) has established contacts with Russian authorities to take part in the probe into a recent deadly crash-landing of an Aeroflot Superjet 100 passenger plane in Moscow that killed 41 people on board, the agency's press service told Sputnik.

"EASA has established immediate contacts with the Russian Authority to monitor the progress of this investigation since the very beginning, and to participate at the extent that is allowed by the existing rules, so that timely safety actions could be taken as soon as deemed necessary when the causes of the accident are understood," the press service said.

According to EASA, the French Bureau of Enquiry and Analysis for Civil Aviation Safety (BEA) will also take part in the investigation into the incident as a representative of the country that designed engines of the crashed plane.

"To that extent, EASA is formally engaged in the investigation as Technical Adviser of the Accredited Representative from the French BEA that has been appointed in representation of the State of Design of the engine," EASA added.

© Sputnik / Alexandr Kryazhev
Russia Ready to Discuss SSJ-100, MC-21 Jets Deliveries to Bahrain - Trade Ministry
An Aeroflot-operated Sukhoi Superjet 100 caught fire at Moscow's Sheremetyevo airport on May 5 after making an emergency landing. The Russian Investigative Committee has reported that 41 out of 78 people on board were killed in the catastrophe.

The Russian investigators are now looking into potential causes of the accident, including the possible insufficient qualification of the pilots, dispatchers and technical inspectors, aircraft malfunction and adverse weather conditions.