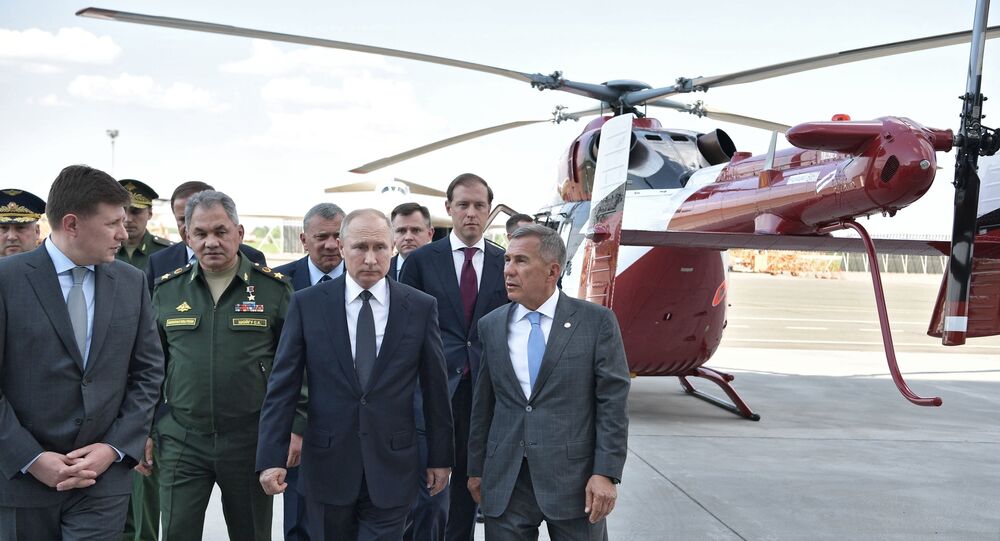 The Russian president stressed that the US decision to withdraw from the Intermediate-Range Nuclear Forces (INF) Treaty in 2019 should be taken into consideration when discussing the future of the country's armed forces.

President Vladimir Putin has ordered the development of the Russian aerospace forces, setting the creation of defences against hypersonic weapons as one of the branch's key priorities. The president specifically instructed that such defence systems be developed and adopted prior to any other state arming itself with hypersonic weapons. He added that the significance of aerospace forces would increase in the near future.

"We know for sure that right now, only Russia possesses [hypersonic] weapons. But we also understand that the world's leading states will obtain such weapons sooner or later. For all of us, it would be better if for them this is ‘later'", Putin said.

The president further underlined that in the development, the Russian Armed Forces would be taking into account changes in the political sphere, namely Washington's decision to withdraw from the INF treaty, which was announced in February 2019.

The Russian president also pointed to the latest achievements of the Russian Aerospace Forces, such as the completion of tests for the latest S-350E "Vityaz" air defence system, stressing its increased effectiveness against precision strike weapons and increased missile capacity. Putin also noted that modern systems account for 82% of all armaments in Russia's strategic forces.

READ MORE: US in Race With China, Russia to Develop Hypersonic Missile — USAF

The US announced its withdrawal from the INF Treaty in February 2019 after numerous attempts by Moscow to dissuade the United States from making such a decision. Washington claims that Russia violated some of the accord's provisions by testing a missile within the banned range. Russia invited the US to a demonstration of the missile in question to show that it's in full compliance with the INF Treaty, but the event was never attended by US representatives.

The INF Treaty was signed by the Soviet Union and the US in 1987, banning all nuclear-armed ground-launched ballistic and cruise missiles that operate at ranges of between 500 and 5,500 kilometres.