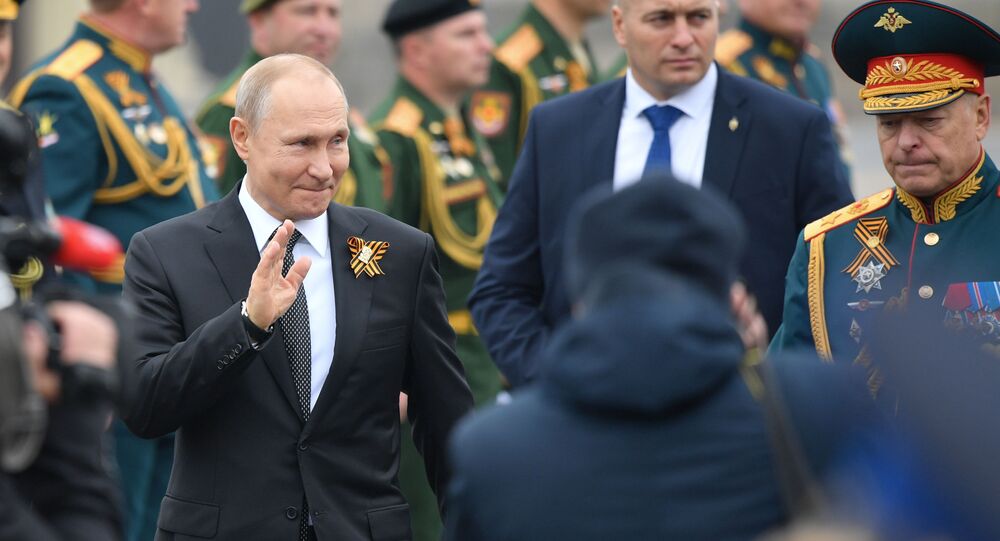 The aviation show was scheduled to be a part of the military parade at Moscow’s Red Square, commemorating the 74th anniversary of the Soviet victory over Nazi Germany in the 1941-1945 Great Patriotic War. However, shortly before the beginning of the parade, the aviation show was cancelled due to adverse weather conditions.

Russian President Vladimir Putin has commented on the cancellation of the Victory Day aviation show.

In an interview with the Rossiya 24 TV channel, Putin lamented the cancellation of the air show, but stressed that safety is a priority and it was not worth risking the pilots' lives and the lives of those on the ground.

The president, however, commended the parade, saying that it was otherwise remarkable and flawless.

74 aircraft were supposed to take part in the aerial element of the military parade above Moscow's Red Square.

The Great Patriotic War, which constituted part of the Second World War of 1939-1945, began at dawn on 22 June 1941, when Nazi Germany, violating the Soviet-German non-aggression treaty of 1939, attacked the USSR.