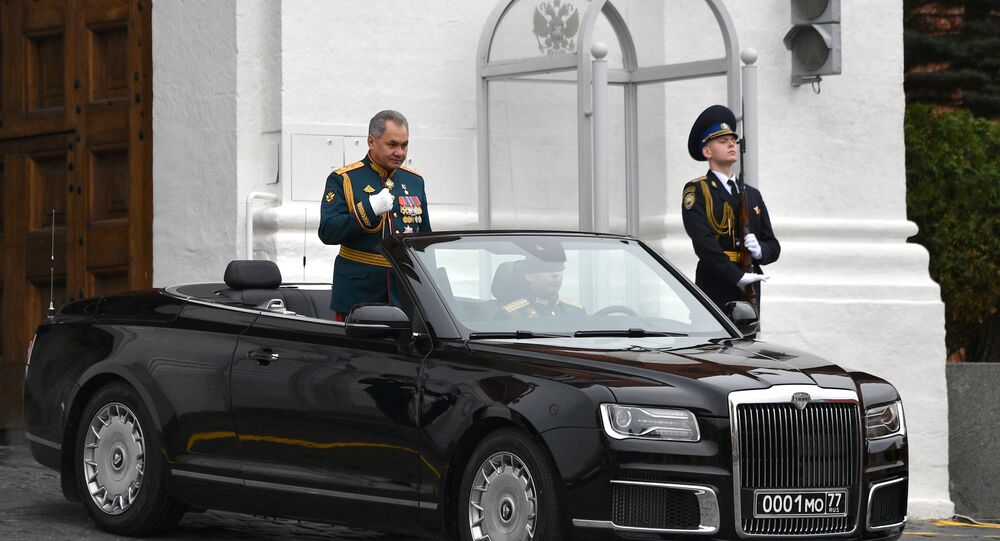 Mass production of Aurus-brand vehicles (also known as Kortezh project vehicles) is expected to kick off in 2020, with production expected to gradually reach about 5,000 vehicles per year within 7-8 years.

Russian Minister of Defence and General of the Russian Army Sergei Shoigu launched the Victory Parade on Red Square, marking the 74th anniversary of the Soviet Union's victory in the Great Patriotic War, riding a cutting-edge, Russian-made Aurus convertible. The top Russian official was seen standing in the brand-new car saluting the troops.

This version of the luxury vehicle, which features a retractable top, was designed specifically so it could take part in military parades.

The Kortezh project envisages the creation of luxury cars for top state officials. The cars are already used by Russian President Vladimir Putin and the Federal Protective Service, which is charged with protecting high-ranking Russian officials. Retail prices for Aurus cars are expected to start at 10 million rubles ($152,000).

Cruisin' With the Top Down: Senat Aurus Luxury Convertible On Display for 9 May