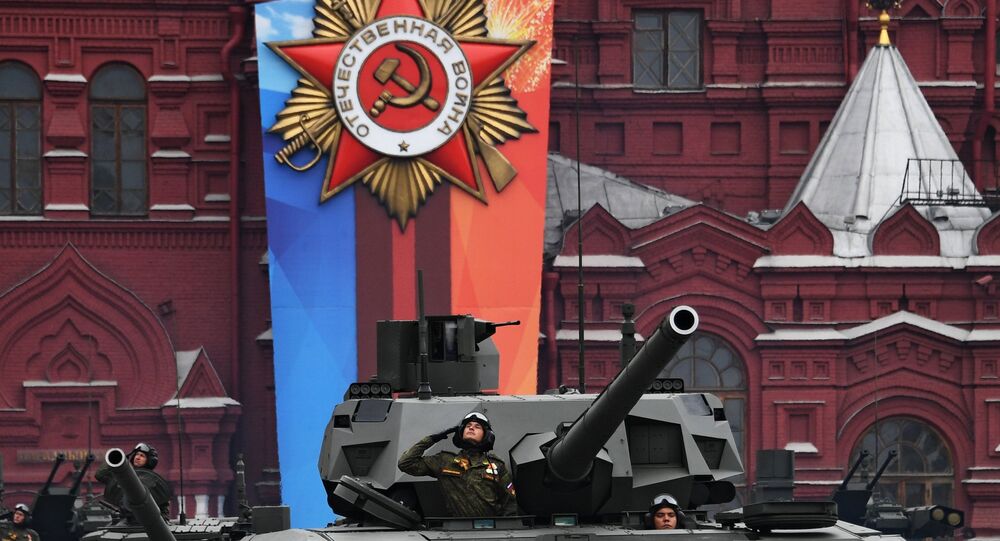 Victory Day parade kicks off in Moscow's Red Square; the event is dedicated to the 74th anniversary of the Soviet Union's victory in the Great Patriotic War of 1941-1945.

More than 13,000 military personnel, 132 pieces of military equipment and 74 aircraft of all types and branches of the Russian armed forces, as well as the parade units of other uniformed services are taking part in the military parade on Red Square.

2019 will mark the first year when women will march with the honour guard.