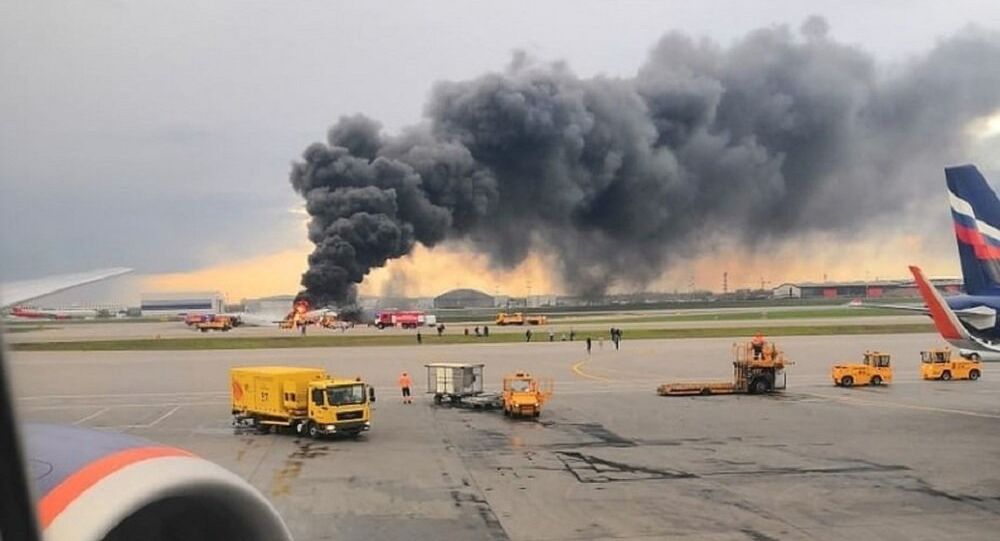 MOSCOW (Sputnik) – The first results of the investigation into the deadly accident involving a Sukhoi Superjet 100 (SSJ100) at Moscow’s Sheremetyevo International Airport could be made public within a week, a source close to the investigation told Sputnik.

"The law establishes a 30-day period for the publication of the results of the investigation. However, due to the high public importance of this investigation, it may be decided that the first results will be announced within the course of a week to stop speculation and false rumors from being generated", the source said.

The statement comes after the Russian Investigative Committee started the investigation into the tragic accident.

READ MORE: Plane Fire at Moscow's Sheremetyevo Airport: What Is Known So Far

© REUTERS / City News "Moskva"
Remains of Burnt Plane Being Taken Out of Sheremetyevo Airport (VIDEO)
The Russian Investigative Committee is looking into potential causes of the fire, including the incompetence of the plane's pilots, dispatchers and technical inspectors, aircraft malfunction, and adverse weather conditions.

The SSJ100, which was travelling to the northwestern Russian city of Murmansk, made an emergency landing at Sheremetyevo Airport before catching fire. According to the latest data, the tragedy has claimed 41 lives.