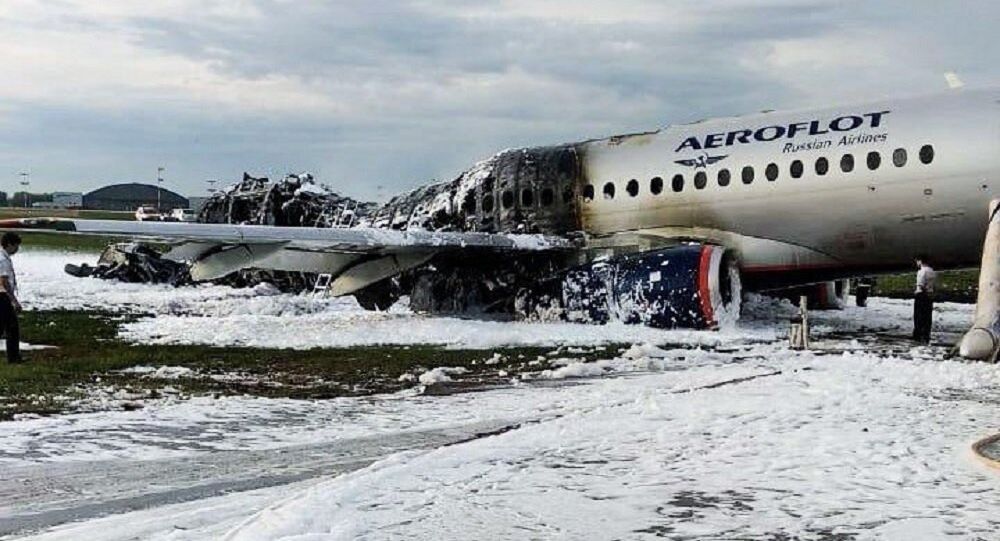 A Sukhoi Superjet 100 was forced to make an emergency landing on Sunday at Moscow's Sheremetyevo Airport due to a fire on board, which ultimately destroyed the plane on the ground.

Commenting on the SSJ-100 catastrophe, Russian Transport Minister Yevgeny Dietrich stated that 41 bodies had been recovered after the crash, while 33 passengers had survived the incident.

He announced that the investigators had started researching the black boxes.

"The Interstate Aviation Committee is now decrypting the parametric recorder and working with two other black boxes", the minister said.

© Photo : Телеканал 360
Alleged Cabin VIDEO of SSJ100 Catching Fire During Landing Shared by Passengers
The statement comes after flight SU1492 from Moscow to Murmansk crashed in Moscow at 2:50 pm GMT on Sunday. The aircraft had to undertake a rough landing just 28 minutes after takeoff that resulted in the collapse of the wheels and combustion of the engines.

The crew managed to begin the evacuation process, however, many people received burns or suffered gas inhalation. According to the Health Ministry, at least 9 victims remain in hospital in critical or moderately severe condition.