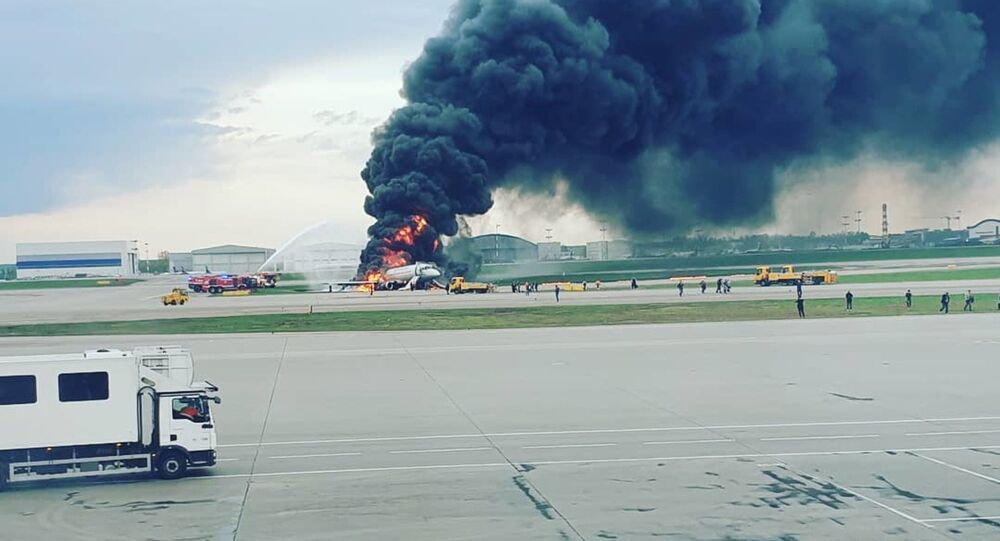 The Sukhoi Superjet 100 burst into flames as it touched ground at Moscow's Sheremetyevo Airport on Sunday.

The plane carrying a crew of six and 73 passengers took off at 2:50 pm GMT from Moscow's Sheremetyevo airport, and shortly afterwards requested an emergency landing.

​Russian Investigative Committee representatives are at the emergency landing scene and survivors have been treated.

The press service of the Russian Investigative Committee said that an investigation into a possible violation of safety rules leading to the deaths has been launched.