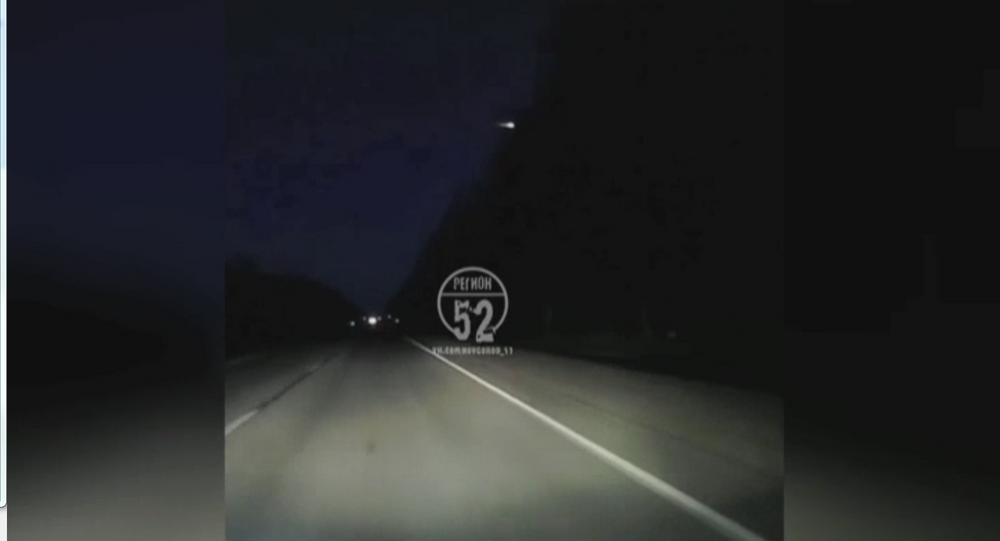 Residents of the Nizhny Novgorod region in Russia spotted a luminous object flying at a high speed in the night sky on 20 April at around 8 pm (local time).

Eagle-eyed eyewitnesses spotted the fall of what is believed to be a meteorite over the Nizhny Novgorod region, Russia on Friday evening, even managing to capture the alleged cosmic phenomenon on camera.

The video, which is curculating on the Russian social media network, VK, shows a large bright object suddenly appear in the night sky and fly at a great speed, presumably falling into the woods.

The suspected meteorite was reported by residents of several cities and villages in the region, including Arzamas, Dzerzhinsk, Nizhny Novgorod and Diveevo, and has become an inexaustible source of jokes on the internet.

YouTube/Равиль Гилаев
WATCH Meteorite Soars Over Siberian City
One netizen made a spot-on reference to Tony Stark, a.k.a. Iron Man, from Marvel's superhero movie, "Avengers", who got lost in space in the trailer of the last film of the franchise, penning, "Stark got lost again…".

Another user, in turn, alluded to the Chelyabinsk meteor that exploded over Russia back in 2013: "It's on a connecting flight to Chelyabinsk in transit through Nizhniy, everything is fine", while a fellow netizen argued by saying "Nay, this is an alien evacuation drill".

Two weeks ago, residents of the Russian city of Krasnoyarsk in eastern Siberia witnessed a similar phenomenon, having described the flying object as "someting fast-flowing and burning in the atmosphere with a luminous green trace". The same day eyewitnesses in the Russian city of Samara also reported seeing an "explosion" in the sky and hearing loud claps, which, they suggested, could be because of a falling meteorite.