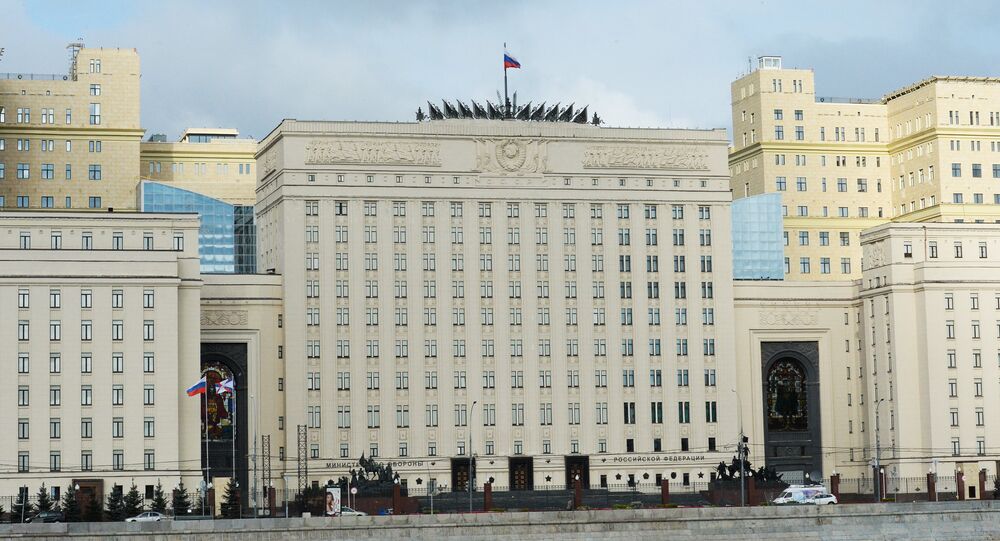 MOSCOW (Sputnik) - Russian Deputy Defense Minister Alexander Fomin on Friday received French Ambassador to Russia Sylvie Bermann and told her about Russia's efforts on the Syrian track, the ministry said in a statement.

"On 12 April, Russian Deputy Defense Minister Gen. Alexander Fomin received Ambassador of the French Republic to Russia Sylvie-Agnes Bermann […] Fomin informed the French ambassador about the efforts made by Russia on the Syrian track", the statement said.

READ MORE: Mubarak: Golan Could Have Been Syria's, Had Damascus Recognised Israel – Report

The ministry noted that an exchange of views on the current state and prospects for Russian-French cooperation also took place during the meeting.

© AP Photo / Oded Balilty
Syria Has Right to Return Israeli-Occupied Golan Heights by Any Means - Official
Conflict has been tearing Syria apart since 2011. In 2015 Russia started a military operation in the war-torn nation to assist the Damascus government in its battle with Daesh and other armed groups. Two years later Syria finally announced victory over terrorists and now the focus has shifted to the political settlement, rebuilding and return of refugees.

Damascus is currently attempting to create normal conditions for repatriating some 5.6 million refugees who, according to the UN Refugee Agency, have fled to neighboring states.

Russia has been assisting Damascus in the postwar reconstruction of the country and the repatriation of refugees, as well as being one of the guarantors of the ceasefire. The Russian military carries out regular humanitarian actions across Syria, delivering tonnes of food and supplies to local residents.