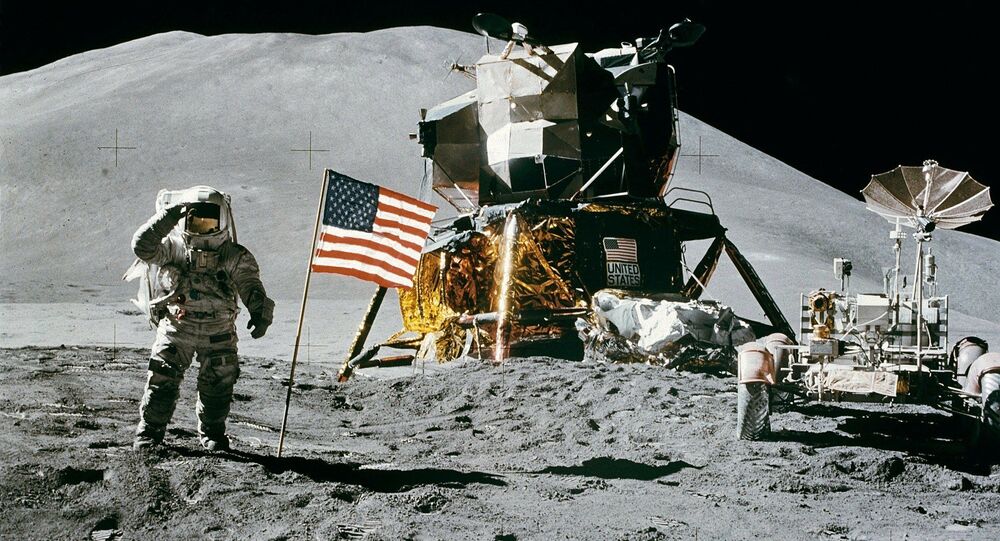 US President Donald Trump earlier ordered speeding up the programme to take American astronauts back to the Moon, setting 2024 as the new deadline. Vice President Mike Pence has called the new lunar mission a "next giant leap" in an apparent reference to Neil Armstrong’s famous words.

The head of Russia's Roscosmos State Corporation for Space Activities, Dmitry Rogozin, said that the usefulness of a new US Moon landing mission remains in question, unless it is a cover-up for some "undeclared missions".

"If they have already been there [on the Moon] then what's the point? To repeat a 50-year-old achievement? Of course we understand that, as in previous decades, such space missions are often just a cover-up […]. Space doesn't always have to be civilian", he said.

Rogozin explained that he is not implying that the US is planning to militarise the Moon, but suggests that they could be conducting experiments there that are of interest to the Pentagon. The head of Roscosmos believes that new flights to the Moon could help polish some new technologies that might be of interest to the US military.

"Such missions create a huge amount of associated technologies. And these technologies can be used by the military for their own objectives. [The first Soviet shuttle orbiter] Buran was also created with a Russian military programme in mind", Rogozin said.

The Roscosmos chief's comments come in light of a recent announcement by US Vice President Mike Pence that President Donald Trump has ordered to speed up preparations for a new Moon landing mission and have the first one conducted in 2024, although the original plan had suggested a lunar return in 2028. NASA head Jim Bridenstine welcomed the news in a Tweet, writing "challenge accepted. Now let's get to work".

Earlier, US Undersecretary of Defence for Policy John Rood announced that the Pentagon is planning to deploy an array of military satellites to the Earth's orbit tasked with tracking launches of hypersonic weapons, predominantly by Russia and China. Rood admitted that so far, they are incapable of affecting the flight of such missiles, but said that the US military is working on it.