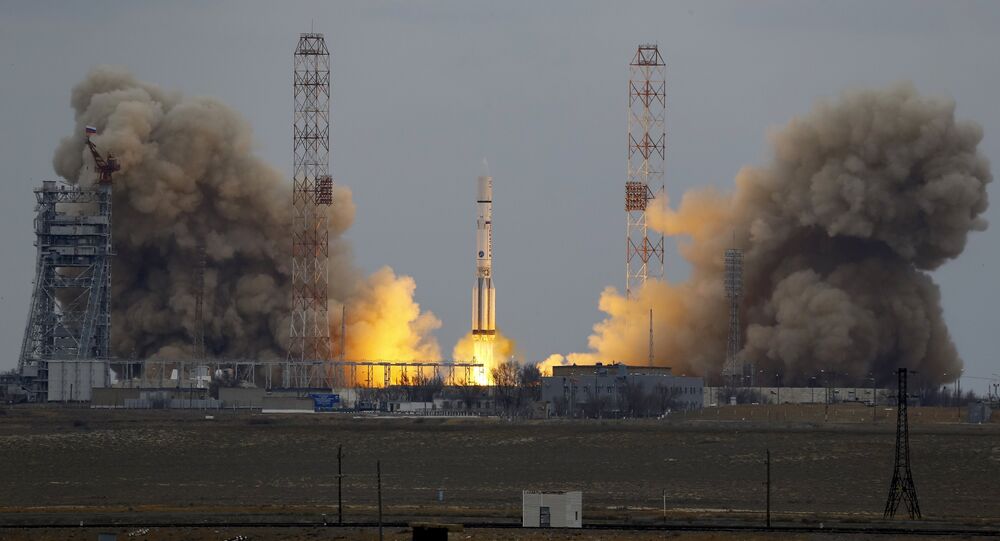 MOSCOW (Sputnik) – The first 2019 launch of the Russian-built Proton-M carrier rocket with the Blagovest telecommunications satellite from the Baikonur Cosmodrome will take place on 23 May, a source in the rocket and space industry told Sputnik.

In mid-February, Deputy Chief of the Russian Aerospace Forces, Igor Morozov, said that the final launch from Baikonur for the Defense Ministry will be held in 2019 after which all the launches for the military would be carried out from the Plesetsk Cosmodrome.

© Sputnik / Alexey Filippov
Soyuz MS-10 Launch to ISS from Baikonur Cosmodrome (VIDEO)
A source in the aerospace industry told Sputnik earlier in March that the military planned to complete the constellation of four Blagovest satellites with this launch. The first three satellites of the group were brought to the orbit in August 2017, April 2018 and December 2018.

According to the ISS-Reshetnev Company, the manufacturer of Blagovest, the satellites are designed to provide high-speed internet access, communication services and television and radio broadcasting to the military.