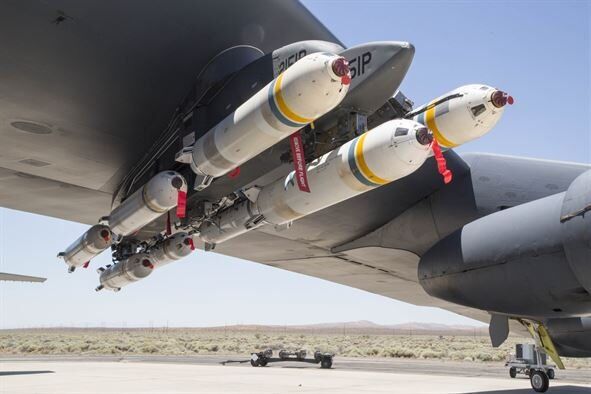 MOSCOW (Sputnik) - The appearance of US bombers near Russia does not strengthen the security atmosphere in the region that is directly adjacent to the Russia's borders but rather creates additional tension, Kremlin spokesman Dmitry Peskov said Thursday.

"From the military-tactical point of view, only our military specialists may probably comment here, I am convinced they will do that. But in general, I will probably confine myself to saying that of course, such US actions do not strengthen the security and stability atmosphere in the region that is directly adjacent to Russia's borders", Peskov said.

The comment referred to a video that the Russian Defence Ministry published on Thursday of Russian Su-27 fighters escorting a US B-52 strategic bomber over the Baltic Sea.

"Rather, on the contrary, this causes additional tension. We regret Washington's actions", Peskov said when asked how the Kremlin assessed the US decision to send bombers from a political point of view.

As the Russian Ministry of Defence specified, a group of B-52 Stratofortress bombers approached Russia's border in the skies over the Baltic Sea, but changed course after the Russian planes came closer.

The US Air Force command in Europe, for its part has confirmed the incident, stressing that such flights serve as a demonstration of Washington's commitment to regional security.