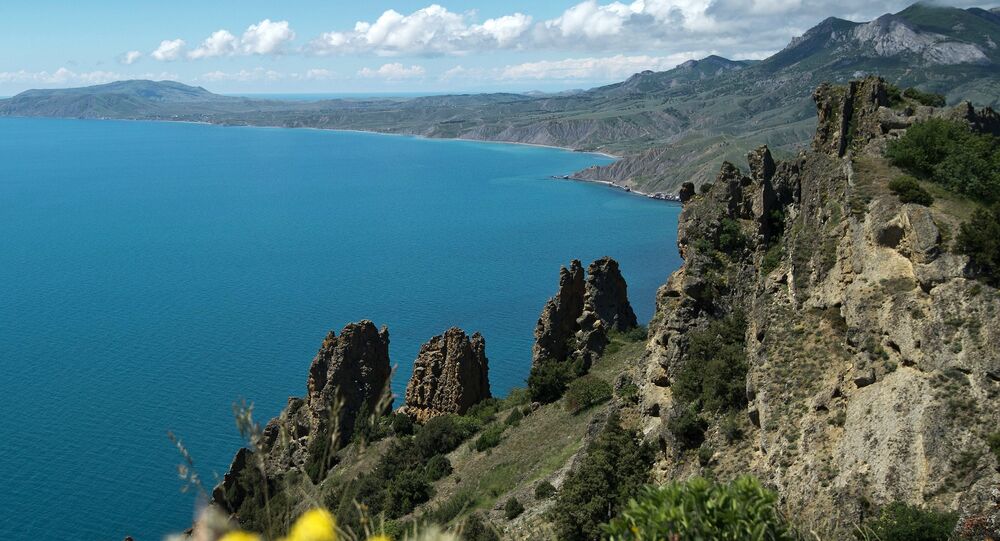 MOSCOW (Sputnik) - On 18 March, the Republic of Crimea is celebrating the fifth anniversary of its reunification with Russia.

On 27 February 2015, the State Council of Crimea amended a Law On Holidays and Memorable Dates of the Republic of Crimea, making 18 March an official holiday to be celebrated every year as the Day of Crimea's Reunification with Russia.

Crimea and Sevastopol became Russian regions after a referendum held on 16 March 2014, when 97 percent of those who participated in the vote supported reunification.

On 18 March 2014, Russian President Vladimir Putin, Crimean head Sergei Aksyonov, Crimean Parliament chairman Vladimir Konstantinov and the mayor of Sevastopol, Aleksei Chalyi, signed a treaty on the accession of the Republic of Crimea and the city of Sevastopol to Russia. Under the treaty, all the residents of Crimea are recognised as citizens of Russia unless they signed an application stating that they wished to retain Ukrainian citizenship.

© Sputnik / Alexey Malgavko
Crimea: Mapping the Road Back to Russia
As of today, Crimea is a rapidly developing Russian region with a fast-growing economy.

Aksyonov said that registered unemployment in the region fell to just a third of the level of early 2014, when Crimea reunified with Russia, while demand for labour among Crimean businesses has more than tripled. State support for small and medium-sized businesses has increased more than 17-fold. Nevertheless, for a number of reasons, the peninsula remains highly dependent on cash inflows from the federal centre.

According to Aksyonov, since Crimea rejoined Russia, a number of key transport and energy infrastructure objects have been built there, including the Crimean Bridge, the Tavrida highway, a new passenger terminal in Sevastopol Airport, an energy bridge, and two new thermal power stations.

Crimea is a popular tourist destination. A record 6.8 million people visited Crimea during the resort season in 2018, while as many as 5.2 million tourists visited the peninsula in 2017.

Crimea's reunification with Russia is being celebrated all over the country with concerts, flash mobs, festivals, and other events. The main celebrations are being held in Crimea and Sevastopol, where they will culminate in fireworks.

Ukraine continues to consider Crimea its own but temporarily occupied territory. Western countries have not recognised the results of the Crimean referendum either, introducing sanctions against Russia and the entire Crimean region.

EU Reaffirms Commitment to Policy of Non-Recognition of Crimean Referendum

Crimea: Mapping the Road Back to Russia