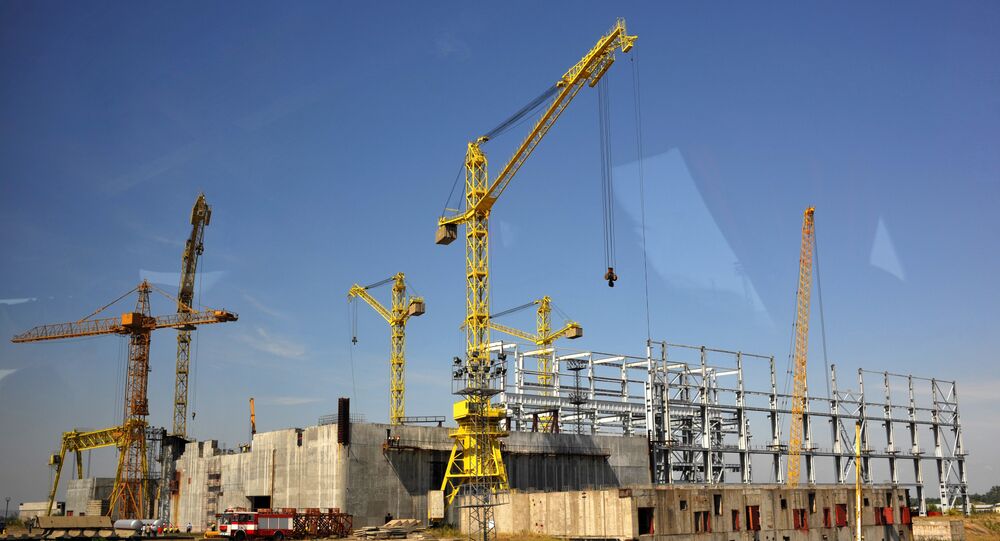 MOSCOW (Sputnik) - Russian state nuclear corporation Rosatom is ready to participate in a tender for the construction of the Belene nuclear power plant (NPP) in Bulgaria and ensure the completion of the project within a short time frame, First Deputy Chief of the Russian Government Staff Sergei Prikhodko said.

"Rosatom has declared its readiness to take part in the implementation of this project. Today we see the constructive attitude of the current Bulgarian government, which intends to give a ‘restart’ to the construction of the Belene NPP. The Russian company is ready to participate in competitive procedures on an equal basis with other companies," Prikhodko told reporters.

He noted that Russian reactors met the highest safety requirements.

© Sputnik / Kirill Kallinikov
Rosatom Ready to Replicate Smart City Digital Platform in Russia, Abroad
"The main technological equipment of the NPP nuclear island has already been produced and is now located in Bulgaria. Russian specialists performed a large amount of work on design and licensing. All this points to the fact that Rosatom is able to ensure the completion of the plant within short time frame and act as a partner during the entire life cycle of the NPP", Prikhodko added.

"Once the necessary decisions are made in Sofia, it will be possible to start substantive consultations, including on a financial and economic model of the project and possible forms of its support", he said.

© Photo : Pixabay
Russia, China Discuss Joint Development of Overseas NPP Projects - Rosatom
In 2006, the Russian Atomstroyexport company, a Rosatom subsidiary, won an international tender for building two units of the Belene NPP, but the project was frozen in 2009 after the government headed by Boyko Borissov had come to power.

The International Court of Arbitration at the International Chamber of Commerce ruled in June 2016 that Bulgaria's National Electric Company (NEK) had to pay some $637 million to Russia. The Bulgarian side paid its debt to Rosatom's subsidiary in December 2016.

In October 2018, it was reported that Sofia would announce a new tender for the NPP construction in 2019.