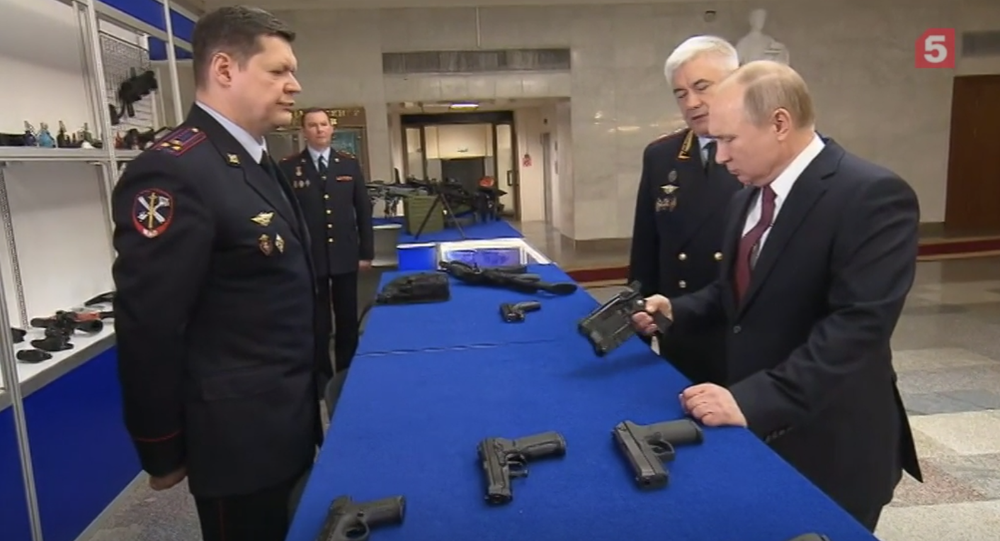 As an avid marksman, the president has been regularly seen testing out handgun, rifle and automatic rifle designs by Russian small arms manufacturers over the years.

President Vladimir Putin took time out from a meeting of the staff of the Russian interior ministry on Thursday, checking out several new and prospective handgun and rifle designs created specially for use by law enforcement.

The weapons included the 'Gard' (Guard), five-round, electroshock weapon design for use by police, and possibly civilian airliner pilots in the event of a disturbance or terror threat.

Gard's developers have boasted that it is almost completely safe to for use against suspects due to its relatively low 10 watt power rating. For comparison, the single-shot Taser weapon used by many law enforcement agencies around the world have a power rating of up to 26 watts, and have been known to seriously injure or even kill people with heart conditions and other health problems.

Putin was also shown the new.338 Lobaev Whisper sniper rifle by Tula gunsmiths, and a series of handguns, including the new Lebedev designs by Kalashnikov Concern.