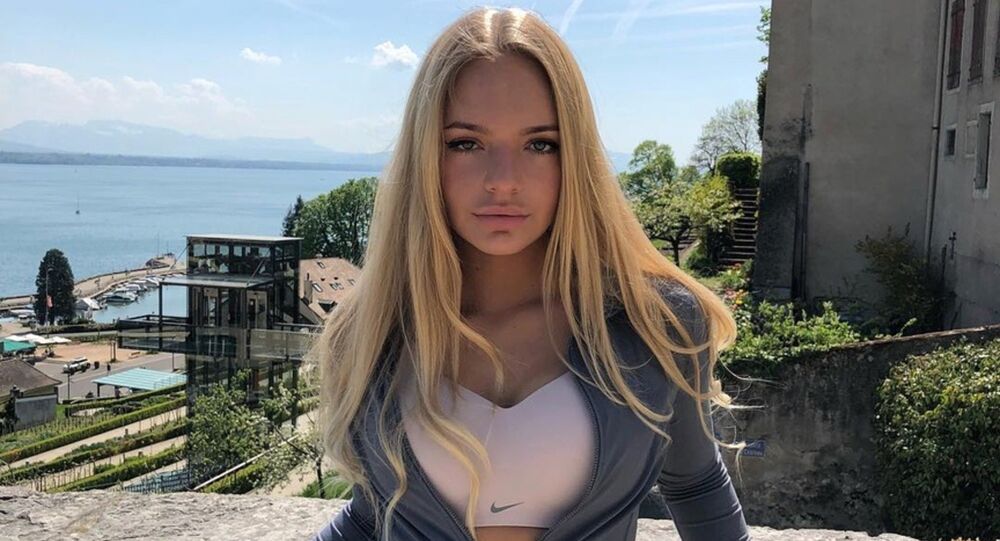 Putin's Spokesman Reveals What His Daughter Is Doing in European Parliament

Several European politicians have indicated that Dmitry Peskov's daughter, who is studying in France, could have a conflict of interest, but the French MEP who hired the intern said she had the full right to enter the programme and that she does not have access to sensitive data.

Russian President Vladimir Putin's spokesman, Dmitry Peskov, has commented on reports that his daughter Elizaveta Peskova is working in the European Parliament.

He explained that 21-year-old Elizaveta had enrolled in a student internship programme.

"You know, this is about a regular student and a regular internship," he said on Tuesday, stressing that the matter has nothing to do with his professional duties.

On Monday, right-wing French MEP Aymeric Chauprade, who sits on the EP's foreign affairs committee and the subcommittee on security and defence, confirmed that Elizaveta is working with him as an assistant trainee. Her name and position are listed on Chauprade's page on the website of the European Parliament.

After news about Elizaveta's internship emerged in the media, several politicians voiced concerns over a relative of a senior Russian official that could have access to the European Parliament's data bases.

French Socialist MEP Christine Revault d'Allonnes-Bonnefoy told AFP she was "appalled" and "surprised" that the European Parliament had validated her position.

Western media reported that Latvian MEP Sandra Kalniete, who served as the country's foreign minister in 2002-2004, called this situation a "breach of general security rules" of the European Parliament.

The French lawmaker, who is known for supporting Crimea's reunification with Russia, told Sputnik on Monday that Peskova, who was hired in November, had the full legal right to undertake the internship, stressing that she had no access to strategically important data and could not attend closed meetings.

According to the programme, she receives 1,000 euros, just like his other trainees, and has no access to confidential data.

Peskov: Gas Transit Through Ukraine to Be Possible After Launch of Nord Stream 2

Kremlin Spokesman Peskov Opens Up About His Nightmares With 'Strict' Putin