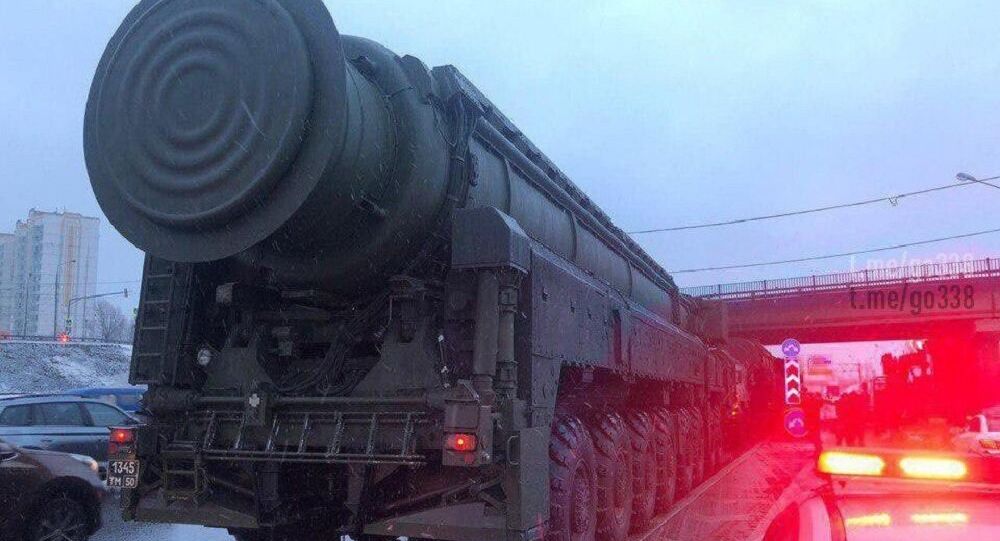 The missile troops make similar trips to a training range outside Moscow each year to rehearse for the annual Victory Day parade.

The footage shows the missile carriers, accompanied by police, fire service and support vehicles, driving along the highway on a snowy Tuesday morning.

According to Russia's Defence Ministry, the missile systems were heading to the Alabino training grounds outside Moscow, making the 400-kilometre trip from the Ivanovo Region to prepare for the annual 9 May parade dedicated to the Allied victory against the Nazis in World War II.

The RS-24 Yars (NATO reporting name SS-27 Mod 2) is one of Russia's newest strategic weapons, and was introduced into the strategic forces in 2010. Along with other mobile systems, including the Topol and Topol-M, the weapon is one of the key components of the Russian strategic triad, aimed at preserving the global strategic balance and preventing armed aggression against Russia and its allies.

Moscow is known for its heavy rush hour traffic jams, with the INRIX traffic management agency rating it number one among the most heavily congested cities in the world in 2018.